The coexistence of genetically modified (GM), conventional and organic crops within European agriculture remains the subject of fierce debate. The European Union's principle is that coexistence is based on freedom of choice. As such the European Commission has stated in its recommendation on guidelines for coexistence that farmers, operators and consumers should have the option to choose to cultivate, process and consume the crop type they want (European Commission, 2009). For this Special Issue we define coexistence as the policies and measures that allow the growing of GM and non-GM crops in the same area, transporting and marketing them side by side, preserving their identity in accordance with the relevant labelling rules and purity standards.

Among European countries, however, we observe a multitude of attitudes, policies and measures towards coexistence. Switzerland, for example, has completely banned the cultivation and import of GM crops, based on a referendum. Other European countries such as Austria and Germany have banned the cultivation of GM crops in their own territory, but still import large amounts of GM crops, for example for animal feed. Finally a number of countries such as Portugal and Spain allow both cultivation and imports. Moreover, the obligatory and proposed measures to ensure coexistence at the farm level are very different between countries, see e.g. Beckmann et al. (2006). Up to now, very little was known about the costs and effects of these measures and policies, both at the farm level and further down the supply chain.

This Special Issue addresses how implementable and costly these strategies are for farmers, agri-food supply chain operators and consumers and places them in a wider international context. It draws heavily on findings of the PRICE project.1 The major finding of the project is that the current measures implemented to ensure coexistence of GM and non-GM crops in the EU are feasible in practice, both at farm level and along the supply chain. However, these measures come with additional costs, which are partly paid by consumers and other supply chain stakeholders.

The articles in this issue begin with a contribution by Schenkelaars and Wesseler providing an overview of the current coexistence policies in place in Europe, followed by a Point de Vue by Pearsall from SCIMAC, a grouping of industry organisations along the UK farm supply chain.

The Parlons Graphiques by Angevin et al. outlines their decision support-tool which has been developed to assess coexistence measures at the landscape level, taking account of the uncertainty over adventitious (unavoidable) presence.

We continue further down the supply chain: Varacca and Soregaroli describe the identity preservation (IP) process in international supply chains, and we further illustrate the issues at stake in a series of three case studies: ‘GMO-free’ labelled dairy products in Germany by Punt et al.; the strategy of COOP in Italy by Passuello and Boccaletti; and the supply chain for maize bread in Portugal by Quedas et al.

Finally we place the results in a wider context with contributions on the coexistence debate in the US by Kalaitzandonakes and Magnier and a Point de Vue by Huffman.

We dedicate this special issue to our colleague and friend Piet Schenkelaars who was involved in the preparation of the PRICE project proposal and led the communication part of the project. Piet died of cancer in 2014.

Justus Wesseler and Maarten Punt are Guest Editors of this special issue on GMO coexistence and I would like to thank them for all their work alongside the editorial team in bringing the issue together. John Davis, Chief Editor 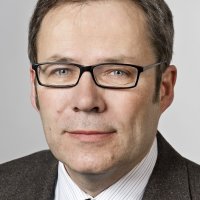 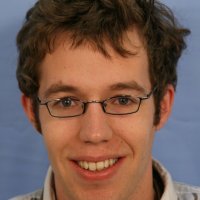