Abstract
Bioclimate envelope models have been widely used to illustrate the discrepancy between current species distributions and their potential habitat under climate change. However, the realism and correct interpretation of such projections has been the subject of considerable discussion. Here, we investigate whether climate suitability predictions correlate to tree growth, measured in permanent inventory plots and inferred from tree-ring records. We use the ensemble classifier RandomForest and species occurrence data from ~200,000 inventory plots to build species distribution models for four important European forestry species: Norway spruce, Scots pine, European beech, and pedunculate oak. We then correlate climate-based habitat suitability with volume measurements from ~50-year- old stands, available from ~11,000 inventory plots. Secondly, habitat projections based on annual historical climate are compared with ring width from ~300 tree-ring chronologies. Our working hypothesis is that habitat suitability projections from species distribution models should to some degree be associated with temporal or spatial variation in these growth records. We find that the habitat projections are uncorrelated with spatial growth records (inventory plot data), but they do predict interannual variation in tree-ring width, with an average correlation of .22. Correlation coefficients for individual chronologies range from values as high as .82 or as low as −.31. We conclude that tree responses to projected climate change are highly site-specific and that local suitability of a species for reforestation is difficult to predict. That said, projected increase or decrease in climatic suitability may be interpreted as an average expectation of increased or reduced growth over larger geographic scales. 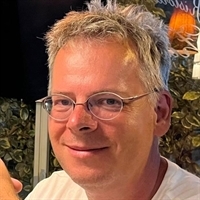