Abstract
The concept of ecosystem services has been extensively studied in recent decades. Most studies have focused on describing the specific aspects such as production, spatial extent, valuation of services and the trade-off between services. Few studies however assess the practitioners’ views on the frameworks, models or tools developed. In this paper, we report on a multi-stakeholder workshop where two tools were tested (i) the ecosystem service cascade framework was tested as a means to frame the issues and (ii) a participatory-spatial modelling method, QUICKScan, was tested as an aid to support discussion over natural resource management and planning in a multi-use landscape. A focused group discussion was utilised to determine stakeholders’ views of the cascade framework and pre- and post-workshop questionnaires quantified the stakeholders’ views of the QUICKScan method. The stakeholders identified both positive and negative aspects of both tools. The diversity of views expressed were associated with (i) the past experience of the individual with the issues discussed, (ii) the technical aspects of the tools i.e. the ability with GIS and (iii) the level of new shared knowledge they reported acquiring on the day which was related to their initial knowledge of the issue and area studied. 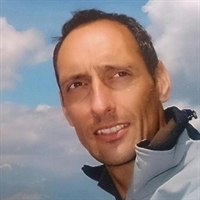