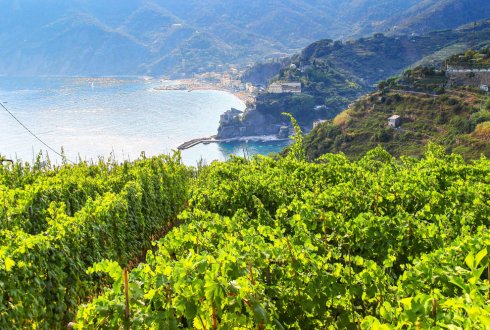 Europe has an incredible diversity of landscapes. These landscapes have evolved over the centuries, predominantly due to human impact. These processes of change are incredibly complex and are specific to each country, so the unique landscapes that were created are deeply treasured by all. However, somewhat paradoxically, this variation appears to be diminishing everywhere. This was the outcome of research conducted by Theo van der Sluis, who will be receiving his PhD from Wageningen University & Research on 1 December.

‘You can see that pastures are increasingly becoming uniform green steppes, without cows, where there is no space for wooded banks, trees and leftover pieces of land,’ states Van der Sluis. ‘You can also see that the landscape is good for production. The high level of agricultural production in the Netherlands has consequence for the environment, the groundwater and for nature. The recent discussion about biodiversity is therefore also not unexpected. With the decrease in wooded banks, insects (see the recent research from Germany) and farmland birds such as the black-tailed godwit, lapwing, partridge and the Eurasian skylark have all but disappeared from our landscape.’

Since the enlargement of the European Communities in 1973 (the forerunner of the European Union which would be founded in 1992) the rural areas have undergone a drastic change and policy has had, and continues to have, a significant impact on instigating this change, also due to powerful economic forces and globalisation. ‘Landscape’ has become a problematic term now and everyone understands it in a different way. In his thesis, Van der Sluis approaches landscape from a perspective of multifunctionality, thus from the multiplicity of functions that it has for humans. ‘A landscape hospitable for humans must be sustainable, liveable and biodiverse,’ explains Van der Sluis.

Using different methods, he assessed the landscape in research areas in six countries. ‘I interviewed farmers and had workshops with experts about changes in the landscape. I also looked at the differences in the implementation of nature conservation legislation in different countries and how changes in land use resulted in different landscape functionalities.’ These different approaches presented an image of a landscape that, according to residents of rural areas and experts, is gradually decreasing in terms of quality and diversity.

The objectives of the policy should guarantee the good development of the rural areas, such as the Common Agricultural Policy (CAP) with the subsidy schemes, rural development programmes, nature policy, the Water Framework Directive, etc. Yet, globalisation and economic forces dominate, which means that sheep farmers in Texel have to compete with sheep farmers in New Zealand, and the olive oil produced in Cinque Terre has to compete with olive oil from Turkey. In Europe, ancient valuable cultural landscapes are under pressure and their characteristic appearance is fading as a result of scale increase or neglect, such as the terraced olive groves on Lesvos, the Montados in Portugal and the wooded meadows of Estonia.

But is there a solution? Van der Sluis provides a few suggestions in his thesis. First of all, policy needs to be developed for the multifunctional landscape. Since the National Landscapes were formally abolished, the Netherlands no longer has any landscape policy at a national level. Also in Italy or Greece there is often no policy support for maintenance of valuable cultural landscapes. The thesis also demonstrates that most policy that relates to landscape results in a polarisation of land use: it is focused either on agriculture or on wood production, or on nature conservation or on living. ‘In the Netherlands, as in the rest of Europe, there is little policy that strives towards a multifunctional landscape which integrates various functions,’ explains Van der Sluis. ‘In addition to high-production agricultural landscapes, there are other areas that should serve as multifunctional landscapes such as in the Achterhoek region, the floodplains, hedgerow landscapes in Brittany or terraced vineyards in Cinque Terre.’ Valuable landscapes are part of our shared cultural heritage and deserve targeted policy for their sustainable development and to combat rural flight. Multifunctional industriousness should be actively promoted through specific tax and licensing systems, so that small-scale agriculture can continue to contribute to attractive multifunctional landscapes.

He also recommends involving residents in the designation and management of the rural areas. ‘Policy is increasingly removed from the people. We should experiment with policies in which residents, farmers associations and other organisations can discuss the future of the rural areas. Farmers are being forced towards scale-increase through a number of factors, including banks, dairy producers and supermarkets. Involved residents are often willing to pay more for locally-produced, high-quality food, as has been demonstrated through several initiatives in the past few years where farmers were selling directly to the customer.’

According to Van der Sluis, promoting the multifunctionality of the rural areas, developing policy directed at maintaining valuable cultural landscapes and involving residents in the landscape can make the rural areas more liveable, make production more sustainable and increase biodiversity. ‘In order to turn the tide on the fading away of the landscape, support from DG-Environment of the European Commission, or national governments like in the Netherlands the new Ministry of Agriculture, Nature and Food Quality.’