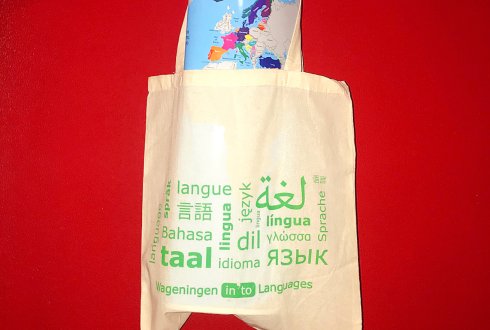 Wageningen in’to Languages is celebrating its fifth anniversary!🎉 In celebration we have given all our course participants of this fall a one of a kind #intobag. We have asked them to snap a picture, featuring their #intobag prominently, at a cool or crazy location, or whilst carrying unusual items around, or any other creative set up. This could win its maker a dish with a whopping 16 (!) Subway sandwiches.
Even though all pictures we received were amazing, only one can be the winner.

Would you also like to conquer the world of languages? Register now! Our new courses start January and February.