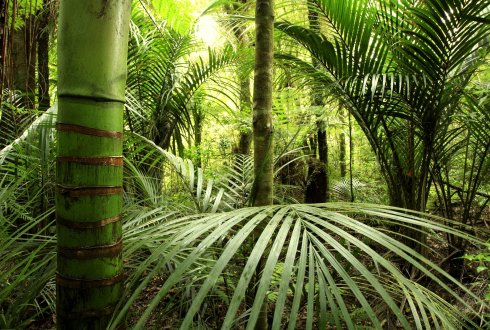 Tropical forests may not be the stabile systems we have always assumed them to be. In the past they were regularly subject to severe disruptions. This is shown by the tree-ring analyses used by doctoral candidate Mart Vlam of Wageningen University in his forensic forest ecology research.

Although tropical forests cover just 7% of the earth’s surface, they are home to about half of all species on earth. Tropical forests also play a vital role in the global carbon cycle by storing 25% of all carbon in terrestrial ecosystems. Historically tropical forests were regarded as relatively stable, unspoilt systems, mainly driven by dynamics at the level of the death of a single tree.

In his doctoral research, however, Mart Vlam shows that these forests regularly undergo severe disruptions, such as hurricanes or droughts, where whole swathes of forest are felled. “I found indications of this in a tree-ring study in three tropical forest areas in Bolivia, Cameroon and Thailand. To reconstruct disruptions that have taken place in the past I used ‘forensic forest ecology’, an analysis that combines both age structure and spatial distribution of trees. I used all kinds of possible clues, such as tree ages and life-long growth rates of trees to reconstruct the historical stand dynamics of these trees. I also looked at the occurrence of ‘growth spurts’ in tree-ring series as an indicator for historical openings in the canopy. According to this study all three forests show indications of large-scale disturbances that took place in the past. The recovery process after these disturbances may explain recently reported indications of increased tree growth and biomass of tropical forests in long-term forest studies.”

The results of Mart Vlam’s study are contrary to the current belief that an increase in forest biomass is the result of increased photosynthesis by raised CO2 concentrations in the atmosphere. If one thing is clear, it is that tropical forests are dynamic systems. The dynamics of tropical forests are not only controlled by small disturbances caused by the death of a single tree, but also by disturbances on a much larger spatial scale. These large-scale processes result in changes in the structure of forests, also in the long term. “The more significant role of these historical disturbances may mean that the compensatory effect of tropical forests on global warming is less than previously thought,” says Mart. 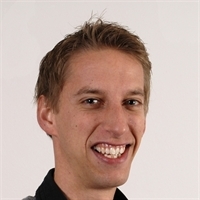