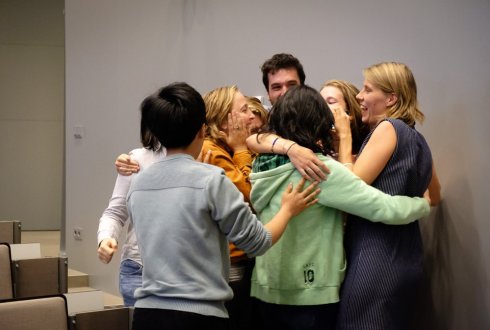 From October onwards, the 53 teams participating in the second edition of the Urban Greenhouse Challenge have been working on their designs of an iconic and circular urban greenhouse. This edition of the Urban Greenhouse Challenge invites students to design a greenhouse to be based in the city of Dongguan, which is part of the Greater Bay Area in China: one of the largest urban areas in the world. On 6 January, the teams had to submit their first milestone report, in which they revealed their preliminary concept. Let’s have a look at some of the inspiring ideas of the teams!

From an indoor market to honouring Chinese philosophies

Team Skygardeners consists of twelve team-members who study at different universities all over the world. Their design is based on circularity and sustainability principles. This greenhouse is a place where locals can take a break from the city’s busy life. It has an indoor market where customers can buy the food grown within the building, and serves as a place to educate professionals about urban agriculture.

Team Bagua from Spain, aspires to honour ancient Chinese philosophies while including modern innovation with their urban greenhouse design. Bagua refers to the identically named symbol used in Taoist philosophy. Consequently, the building is designed according to the Taoist philosophy and includes and connects the different aspects of the Bagua. The concept is multi-functional, flexible and adaptive in order to meet changing community and crop production needs.

You can read about the thrilling ideas of all top-20 teams on the Urban Greenhouse Challenge website.

On 14 January, the Selection Committee consisting of 6 members announced the top-20 teams to enter the second round of the challenge. They are spread over 4 continents and more than 8 countries. The teams were assessed according to the following criteria:

The Selection Committee was impressed by the first ideas and quality of the reports, hence it was not an easy task to come up with the top-20.

What is next for the teams?

At the end of February, the representatives of the top-20 teams will travel to China in order to visit the site and collect data, to get feedback from experts, and to explore the local context. This 3-day long adventure will be documented in a mini-documentary that will be released in March. From February onwards, it will also be possible to follow 5 different student-teams through a monthly vlog. The first videos will be published soon on our website, so stay tuned!