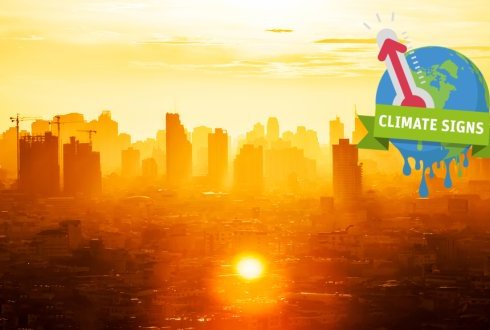 Heat waves occur more often in the Netherlands, they also last longer and are more intense. In the cities it feels even hotter than on the countryside: this is because of so-called ‘heat islands’. In some places these heat islands can cause a higher temperature by up to eight degrees. That cities retain heat is partly due to the height and density of the buildings, but also because there is a lot of traffic and usually less vegetation. These factors all prevent the heat to escape the city at night.

Gert-Jan Steeneveld is meteorologist at Wageningen University & Research and works on computer models that can map the temperature at street level.