Currently, many threatened and endangered species are present in captivity. Their management is mostly focused on keeping the population viable (both demographically and genetically) and as similar to the wild ancestor populations as possible. To achieve these goals, captive populations are often managed in a breeding program with the highest priority. However, information on which the breeding program is based is often incomplete or missing. This causes breeding programs to make the, often incorrect, potentially dangerous assumption that founders are unrelated, which can lead to unintended inbreeding.

Genomic techniques have opened up many opportunities and the experience gained with these techniques in the field of commercial animal breeding can potentially improve conservation breeding programs. The researchers explored the opportunities of genomic techniques in the case of the critically endangered Visayan warty pig (Sus cebifrons). This species is endemic to the Philippines and mainly lives on the islands of Negros and Panay. Two captive populations of this species are present in zoos in Europe and the US. Founder individuals for these captive populations came from Negros and Panay respectively. Currently these two populations are managed separately because there is uncertainty about the degree of division between the two island populations. Also, as information on founder relatedness is missing, there is uncertainty about the degree of inbreeding that is currently present in the captive populations.

For this study seven full genomes were available, 2 from Negros individuals and 5 from Panay. In an admixture analysis the researchers found evidence for a recent split between the two island populations. However, they also found high levels of both past and recent inbreeding and low levels of genetic diversity as compared to other pig species. An analysis of the historic demography of the species showed two severe bottlenecks that could have caused the historic inbreeding and low levels of genetic diversity. The more recent inbreeding is most likely caused by some degree of relatedness between the founder individuals within each captive population.

The results of this study show that genomic tools can indeed be very useful for conservation management. With the current rate of development, and associated lower costs, it is expected that genomic techniques will become feasible for broad application in conservation biology in the near future. Implementation of these techniques can lead to better informed breeding management of critically endangered species such as the Visayan warty pig. 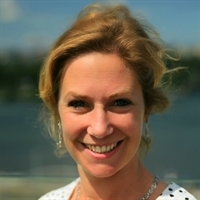