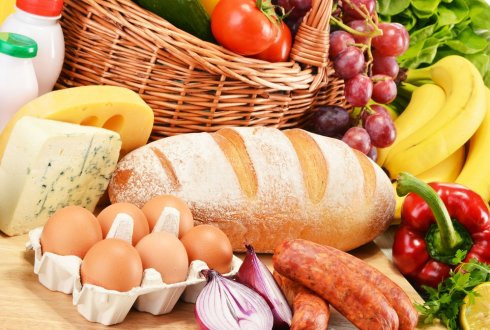 Two teams from Wageningen University & Research are competing for the Food System Vision Prize of the Rockefeller Foundation. Since November 1319 teams compete for one of the ten final places with their vision of a future food system. In March, the first verdict was: only 79 teams were allowed to advance to the semi-finals, entering a focus phase for their project proposal. Among those 79 teams, two are from WUR. One team is headed by Imke de Boer (professor of Animal Production Systems) and another is headed by Marian Stuiver (program leader Green Cities at the Environmental Sciences Group). What is their food vision for 2050?

A new food system for the Netherlands

Imke de Boer sets out a vision for a Dutch food system that is healthy, inclusive and circular. In her vision “Re-rooting the Dutch food system - from more to better” she describes her target for 2050, in which the food system is locally rooted, in which water, soil and air are clean and healthy, biodiversity is guaranteed, raw materials are no longer exhausted and in which plant biomass is used for human consumption. Animals are fed with by-products that are not suitable for human consumption.

The new food system is stimulated by politics and the economy: for example, there is a Ministry of Food and Health, clear agreements have been made about the environmental utilization space and we only import food end products such as chocolate bars instead of cocoa. Technological developments also stimulate farmers, for example by helping them care for their crops. Citizens are also more involved in the production of their food, for example by joining a community farm or involved in policy-making.

Imke is currently working with various researchers, farmers and organizations to further sharpen her vision.

From food deserts to circular food hubs in Washington DC

Marian Stuiver works with a team of researchers from WUR and the University of the District of Columbia to achieve circular food economies in the various neighborhoods (wards) of Washington DC. With her vision ' Food Connects 2050: a nature-based food economy for Washington DC ' she is looking for a way to give the inhabitants of so-called food deserts - where people have to travel more than 2.4 km to buy fresh products - access to locally produced fruits and vegetables.

Marian and her team use the circular Urban Food Hubs Model. In this model, as little waste as possible is produced, but as much energy as possible is retained in the food system. The green hubs also make cities resistant to, for example, heat and water nuisance. And with a greener environment, a healthier diet and more involvement of residents in food production, it improves the quality of life of all residents of the city. Each hub consists of four components: food production, food preparation, food distribution and waste and water management, which are implemented in the most circular way possible. These hubs are diverse and coordinated, and are connected to the city, the suburbs and the countryside.

The 10 finalists will be announced at the end of May.

The researchers are supported in their submission by the Wageningen University Fund.

Do you have a question about the Rockefeller’s Food System Vision Prize? prof.dr.ir. IJM (Imke) de Boer
Contactformulier + Meer (1)