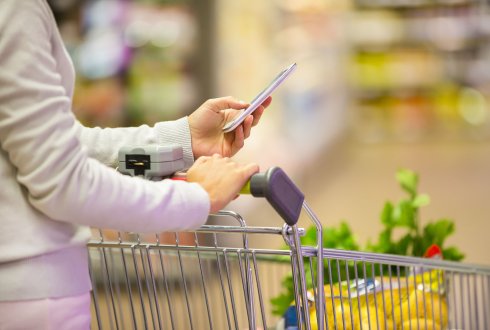 From apps with personalised recipes to systems that predict the shelf life of fresh fruit and vegetables, programs only work if computers know how to handle the underlying data. An independent German survey found that the ontology of measurements by Wageningen Food & Biobased Research is the best performer worldwide.

An ontology can be seen as a dictionary for computers. It gives meaning to words and numbers and their relationships, helping software programs unlock, connect and interpret data from different sources. This makes it possible to develop smart applications and software solutions, enabling companies to make informed decisions and allowing processes to be automated in a smart way. Ontologies come in all shapes and sizes. One is the ontology of measurements (OM), which contains thousands of terms on quantities and units pertaining to things like length, weight and energy value – from metres and inches to spoons and millilitres per litre.

The external evaluators concluded that OM by Wageningen Food & Biobased Research offers the most application possibilities of all the existing variants. They evaluated seven ontologies for quantities and units on the basis of criteria such as consistency, completeness and ease of use. The results were then combined with the faculties necessary to convert software units, or compare the results of scientific experiments with each other. The experts published a paper on their findings:

“An ontology is the first step toward unlocking data,” says Jan Top, senior scientist for Food Informatics at Wageningen Food & Biobased Research. “But that unlocking only makes sense if the knowledge needed to make good decisions with the data is modelled as well. We have built many different concepts and relationships into our ontology, making it suitable for a wide range of applications both within and beyond the agri-food sector.”

Wageningen’s OM is used in smart software which can, for instance, adapt recipes to someone’s personal requirements, or translate them from English into Dutch – including converting ounces and other terms from English cuisine to grams, say. The ontology, which is available as open source software, is essential in making calculations and predictions based on data, which often originates in a combination of sources. An example of another relevant theme is food security: for instance, what is the impact of rising energy prices on food in different countries?

Wageningen experts often combine OM with other ontologies. “We do this for instance when developing apps which adapt recipes to consumers with food allergies,” explains Jan Top. Combinations of ontologies are also used to predict the quality of fresh fruit and vegetables in the chain or to lend farmers in Europe a hand in finding information about useful innovations (VALERIE). Another example is research into the growth in global protein demand and how this is related to the changing use of biomass. Wageningen Food & Biobased Research has also developed a method with associated software called ROC+, which allows groups of experts to efficiently create a new ontology by themselves.