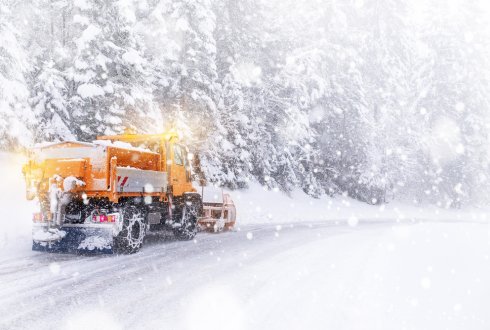 Once upon a time, when we were young, Europe was covered in a thick blanket of snow in winter. But climate change is threatening to spoil our enjoyment of the snow for good, according to a study by Adrià Fontrodona Bach, an Earth and Environment MSc student, published in Geophysical Research Letters and discussed in Nature.

Under the supervision of Ryan Teuling, Lieke Melsen (both representing Hydrology and Quantitative Water Management), Albert Klein Tank (Meteorology and Air Quality) and Gerard van der Schrier (Royal Dutch Meteorological Institute), Adrià analysed data from more than six decades of snow cover and climate from thousands of weather stations all over Europe. He discovered that the average snow depth across Europe has decreased by roughly 12 percent per decade since 1951. The rate of decrease in the snow cover started to accelerate in the 1980s. The decrease was found all over Europe except in the very coldest regions.

“The relevance of this development is not solely to do with the fact that there is less snow for us to enjoy,” Ryan Teuling says. “It is the result of a combination of rising temperatures and the effects of climate change on precipitation. Not only does the greenhouse effect cause more extreme rainfall, but higher temperatures also mean that there is less accumulation of snow. In our study we show that the accumulation of snow in Europe is declining dramatically, which has major implications for the availability of freshwater during the spring melt period. On the other hand, extreme accumulations of snow, which are usually very disruptive for society, are also declining, albeit at a slightly slower rate.”

The remarkable thing is that not only has Adrià Fontrodona Bach, as an MSc student, succeeded in having his research published in Geophysical Research Letters, but the article is also discussed as a Research Highlight in Nature.