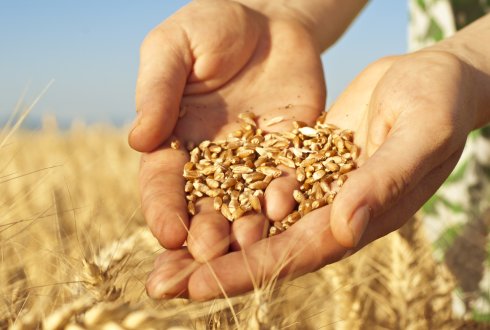 The FoodSecure research project was formulated under the Seventh Framework Programme for Research and Technological Development of the European Union in response to a call for evidence and tools to design effective and sustainable strategies for assessing and improving global food and nutrition security. A modelling toolbox was developed within the project to improve ex-ante SFNS assessments. In this context, MAGNET was extended to capture changes at the household level and nutrient consumption.

There are large ongoing projects building on this work with a European emphasis like SUSFANS, a Horizon 2020 project for improving food and nutrition systems for human health, the environment and corporate enterprises in Europe and others which focus on the developing world, like A4NH, which is created to ensure that agricultural practices, interventions and policies maximise health and nutrition benefits while reducing health risks.

MAGNET is a multi-sector, multi-region computable general equilibrium model of the world economy which is widely used to simulate the effects of agricultural, trade, land and biofuel policies on the global economy, as well as for long-term projections (IPCC SSP scenarios and mitigation and adaptation options). Recent modular additions to MAGNET include a household module to distinguish incomes and expenditures for various representative household types in selected developing countries and a nutrition module to trace nutrients from farm – via food processing and food-service sectors – to fork, allowing for nutrition impact to be included in economy-wide analyses. MAGNET includes metrics based on FAO’s food and nutrition security indicators in an ex-ante framework which has two key advantages:

Concerns about the links between climate change and food security tend to focus on the impact of climate change on food prices. The debate around the impact of European biofuel policies on global food prices is a case in point. The climate take on food and nutrition security is that higher food or agricultural prices are bad, which is also how the debate around biofuel blending policies has been framed (Swinnen 2011).

Prices are (literally) only part of the equation: what ultimately matters for ensuring food and nutrition security is the ability to afford food. To calculate fluctuations in this capacity, we track changes in food prices (the price effect) versus changes in income (the income effect). It is well known, theoretically as well as empirically (Headey and Martin 2016), that net producers (including agricultural labourers) are better off with higher prices (the income effect overshadows the price effect), while net consumers are worse off (lacking any offsetting income effects).

Scenario analyses with MAGNET easily provide a more nuanced picture of the effects of climate change on food and nutrition. An example is the assessment of the impact of afforestation policies in Ghana, comparing a scenario in which Ghana acts on its own versus one in which there is a global afforestation effort that aims to reduce emissions. Here, afforestation is formulated as a reduction in agricultural land, and its effects are compared to a business-as-usual scenario from 2010 to 2030.

As expected, when land is no longer used for agriculture, production declines and food prices increase. This effect is stronger if there is a global reduction in surfaces under cultivation than if Ghana reduces its agricultural land alone. Taking dependency on imported cereals as a measure of national food security, Ghana is better off if the world acts collectively. If only Ghana afforests, it creates a competitive disadvantage to itself and increases its reliance on imported food. If all countries act together, however, Ghana even improves its food and nutrition stability compared to the baseline, despite a strong global increase in food prices. At the same time the share of calories from fruit and vegetables, important sources of micronutrients, decline slightly in both afforestation scenarios. The example of Ghana shows that, already at a national level, not all food and nutrition security variables worsen if a global climate policy is implemented.

As food and nutrition security is closely linked to poverty, the distribution of income changes across household types is critical. The inclusion of nine household types in the Ghana model (with categories defined geographically and as either rural or urban), allows for a much-needed disaggregation of the impacts of different afforestation policies. The figure below illustrates the trade-off analysis possible with the inclusion of household types, showing the development in the Gini coefficient and global agricultural area for 2010 to 2030 for three scenarios. (The Gini coefficient is a measure of inequality with a value ranging from 0, where everybody has the same income, to 1, where all income is earned by a single person or household. Higher values of the Gini coefficient are therefore associated with greater inequality.)

The most striking result is that the degree of global coordination is critical for the level of inequality in Ghana. If Ghana acts on its own by reducing agricultural land, inequality will increase. In both afforestation scenarios land becomes a scarcer resource and its price therefore increases. If Ghana acts alone, however, it must increase its imports of food from the rest of the world, which has not reduced its land. Afforestation and  global competition cause a decline in Ghanaian agriculture, lowering the wages of rural households so much that income inequality worsens. The opposite happens if afforestation is implemented globally. The resulting rise in global food prices would translate into higher wages and a stronger increase in the value of land in Ghana. The global afforestation scenario not only results in larger gains in terms of emission reductions, therefore: it also provides a considerable reduction in income inequality in Ghana by boosting rural incomes.

Shedding light on the effects of demographic trends on future food security and agriculture The overall outcome of the developments described above hinges on the distribution of households over rural (gaining) and urban (losing) areas. The model assumes a constant rate of urbanisation as well as the ratio of skilled to unskilled labour in Ghana. Sensitivity analyses in the FoodSecure project show that taking into account likely investments in education as incomes rise and the increasing rate at which the world urbanises can affect the direction of projected developments by changing the labour supply available to agriculture and the share of the rural population that benefits from the income effect of rising agricultural prices.

Whereas most poor people work in industries related to agriculture today, this is likely to change in the future. When and how this change can be expected to occur is a blind spot in current research on the impact of climate policies and food and nutrition security, and falls outside the traditional domain of agricultural economics. Looking beyond the sectors linked to agriculture is critical for both coherent policies and coherent policy-oriented research. 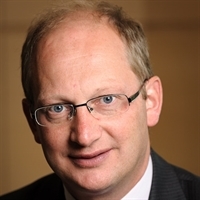