Development of an in vitro screening tool for the prevention/treatment of neurological diseases by blocking AGEs action
Advanced glycation end products (AGEs) is a term used in Biomedical research to refer to the late-stage products of the Maillard reaction, which describes the non-enzymatic reaction between proteins and sugars under heating. In foods, thermal processing leads to the formation of AGEs known as dietary AGEs, which can be observed with the presence of brown-coloured compounds (food browning). However, AGEs can also be produced endogenously in biological systems, and they are known as endogenous AGEs. The accumulation of AGEs in the human body occurs throughout life and especially in aging tissues (Ramasamy et al., 2005).

A growing body of literature shows the involvement of AGEs in age-related diseases, including neurodegenerative diseases such as Alzheimer's disease (AD), Parkinson's disease (PD), multiple sclerosis (MS), and amyotrophic lateral sclerosis (ALS). Increased levels of AGEs have been found in serum, brain, and cerebrospinal fluid of AD, PD, and MS patients, while in vitro studies show the cytotoxic effects of AGEs on neurons, the induction of neuroinflammation, and the disruption of the Blood-Brain Barrier (BBB) (Ahmed et al., 2003; Shuvaev et al., 2001; Takeuchi et al., 2000). However, the mechanisms underlying the origin, production, translocation, and effects of AGEs in the brain are not fully understood. So far, there are no adequate in vitro models that can be used for studies to predict the role of endogenous and dietary AGEs in the degeneration of neurons.

Aim
Therefore this project aims to set up simple and complex in vitro models to investigate the role of AGEs (endogenous and exogenous) in neurodegenerative diseases by exploring the transport of AGEs across the BBB, their role in the brain's inflammatory response, and the effect of this response on neuronal viability/function. As an ultimate goal, preventive approaches to tackle AGEs' effects will be studied.

Approach
Most of the documented effects of AGEs involve neurons, microglia (brain's resident macrophages), and brain endothelial cells. Hence, cell culture models ranging from simple monocultures and more complex co-culture models of the aforementioned cell types will be employed to answer fundamental questions regarding the origin, translocation across the BBB, and effects of AGEs. Finally, potential molecules that can inhibit the formation of AGEs or eliminate the AGE-derived effects and ultimately prevent neurodegeneration will be investigated. 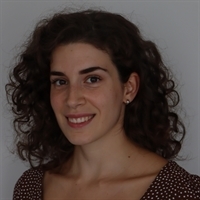