Climate change is expected to increasingly impact forest ecosystems worldwide. Adapting forests to climate change is therefore considered to be one of the major challenges for forest management in the near future. Mixed forests may provide more resilience and resistance to various climate-related disturbances, depending on species and admixture proportion. Since the impacts of climate change may differ between species and hence may also vary per mixture and proportion, the direction of interspecific competition may change under climate change. At the same time, both carbon storage capacity of forests and the use of forest biomass to substitute fossil fuels can contribute to reducing the greenhouse effect that causes global warming. This PhD project will examine to what extent Dutch forest management can contribute to adapting forests to climate change, while meeting the societal demand for different forest functions such as timber production, biodiversity conservation and the use of biomass for bio-energy.


In the first part of the research project the effects of climate change on Dutch forests will be studied, as well as the identification of the most vulnerable forests and evaluation of possible adaptation through changes in forest management.


The second part analyses species competition in mixed versus monospecific stands in different climatic scenarios. Climate-sensitive models designed for mixed stands are a useful tool to provide insight in the interspecific competition under different growing conditions. The process-based forest growth model 3-PGmix is such a model, and it is used for Dutch conditions and in different climatic scenarios. For this analysis, mixtures and monocultures of some of the most common species in the Netherlands are being used, such as Scots pine, Douglas fir, European beech and Pedunculate oak.


In the last part of the project the model analysis is expanded with different management scenarios, including changes in species and thinning proportions and rotation length. 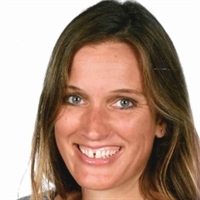