The general scope of ECOSOM is on the good ecological status of soil in arable lands. The project is focussed on 2 management practices (organic waste recycling and tillage reduction) that can sustainably enhance the provision of ecosystem services (ES) to farmers as well as to other indirectly involved stakeholders who may benefit from other ES also enhanced (or reduced) by these practices.

Central in our research is soil organic matter (SOM) and soil structure as key factors in soil functioning and subsequent provision of ES, and the relationship with key functional groups of soil biodiversity that interact with the regulation of SOM and soil structure. Through biological, chemical and physical analyses ECOSOM will increase the mechanistic understanding of relationships between soil functioning and soil ecosystem services, as affected by organic waste recycling and reduced tillage measures. Thus we will provide guidance for farmers and stakeholders in a transition process of sustainable agriculture in a modernised society with greater adaptability and resilience to the effects of climate change.

The project is based on long term field experiments where different kinds of organic wastes have been recycled since more than 10 years (in France, QualiAgro  and Colmar field experiments) with additional treatment of tillage/no tillage (in Sweden) or pairs of farmer’s plots on similar soils with increasing time of tillage/no tillage (in The Netherlands).

We also planned to work on how to quantify ecosystem services and start with modelling and life cycle analysis. 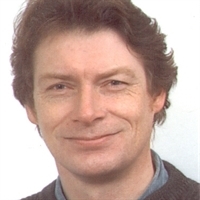