Fish consumption has beneficial health effects, but these benefits may be offset by the presence of contaminants such as persistent organic pollutants (POPs). POPs accumulate in sediment where especially benthic species, such as eel, take these chemicals up. Humans are mainly exposed to POPs through the consumption of animal products. POPs degrade only very slowly, with a half-life for e.g. dioxins of 10 years in humans.

In some areas in the Netherlands, mainly in the large rivers, the levels of POPs exceed the regulatory thresholds. Currently the consumption of eel from the polluted areas is prohibited because their high POP levels are expected to be a health risk. High exposure to POPs has been related to disrupted hormone levels, immune toxicity, metabolic syndrome and cancer. Interestingly, in a variety of organisms, effects of POP exposure appear to occur in a later life stage, weeks to years after exposure was ended. This time-lag makes it hard to demonstrate and detect the adverse effects of those compounds.

Recently, more information is becoming available about epigenetic effects which change the activation and de-activation of certain genes. Such effects only become obvious in the life stages when expression of these genes is crucial for normal development. There is a growing body of evidence that epigenetic changes are an important mechanism in regulating the biological effects of toxic compounds. Recently, epigenetic effects have been demonstrated in experimental animals exposed to POPs. Also, in humans serum levels of POPs were observed to be inversely associated with global DNA methylation levels. This leads to the hypothesis that the observed delayed effects of POPs are mediated by epigenetic effects.
This project aims at revealing epigenetic mechanisms behind delayed adverse health effects of POPs present in eel. Studying the epigenetic effects of the ubiquitous POPs in human cells and blood is new, but very relevant as it could change the long term gene programming. 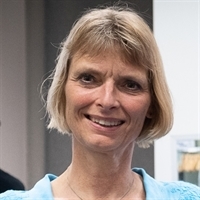