As part of the European Commission’s Seventh Framework Program, a 4.5 years research program to study the effects of polysaccharides on immune health has been established.

The project, called the FibeBiotics Consortium, is a consortium of four European universities, five research institutions, and several private companies, which will study the effects of polysaccharides, putative prebiotics, from food fibers on gut and immune function. The overarching objective of this pan-European study is to understand how we can keep people healthy through nutrition.  Newly developed products by the food industry will hopefully enhance the immune system's activity against infections and common diseases including the common cold and flu. This would greatly benefit society as a whole but also be of particular importance in groups such as the elderly, who are more at risk to suffer from such diseases.

It has been known for a long time that polysaccharides (other than easily digestible starch) and the immune system are connected. The immune response towards invading pathogens like bacteria, fungi, and yeast is often initiated by the recognition of the intruder via the sugar chains that are located on the outside of the pathogen. Upon this recognition, the immune system is activated and attempts to immediately clear the pathogen from the body. Research indicated that some specific polysaccharides, for example those from the cell wall of yeast or those that are present in various plant products, can activate the immune system from the intestine, even when no bacteria have translocated across the intestinal epithelia. Various polysaccharides have been shown to activate macrophages, which can take up and destroy pathogens and unwanted (e.g. tumour) cells. An activated, warned, or primed first layer of defense can help to improve the overall resistance of humans.
A number of food products with health benefits are already available on supermarket shelves.
But new rules adopted by the European Food Safety Authority (EFSA) in 2006 makes obtaining the evidence required to achieve a health claim more challenging for the food industry. To overcome this, we will combine the knowledge and expertise of the members in the consortium to investigate the potential health benefits of novel non-digestible polysaccharides (NPS) and the mechanisms by which these health benefits are conferred to the host. A number of NPS will be tested in human trials, in which subjects will consume a diet with NPS or without (placebo control) for 5 weeks. Two weeks into the trial they will receive an influenza vaccination. The effect of both the diet alone on the immune function, as well as the effect of the diet on the efficacy of the vaccination, will be investigated.
In our laboratory in Wageningen blood samples of various time points of the human trial will be processed. The blood will be  stimulated with general stimuli to investigate the ‘alertness of the innate immune system’. The immune response will be monitored by using a multiplex ELISA technique to measure various cytokines in the serum of the stimulated blood samples at the same time. Additionally in vitro experiments will be performed to determine biological activity of the NPS and to investigate the effect of various NPS on epithelial membrane barrier function using multiplex ELISA systems and transcriptomics. 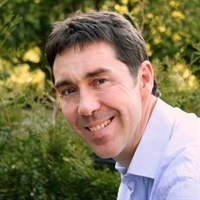