The world population is increasing rapidly, distressing on the environmental stability of the earth (United Nations, 2012). Particularly, meat and dairy products require large quantities of water, energy and land (Ramírez et al., 2006). Fortunately, food consumption has positively evolved into a more conscious one by switching to a higher non-meat and non-dairy based diet. Plant food ingredients, in particular pulses and legumes proteins are one of the most promising food components with reference to the development of novel high protein food products. Pulses display a rich nutritional profile, are worldwide available and have a low production cost. Despite of the nutritional advantages, sensorial appreciation remains a major challenge, as off-notes are a considerable hurdle, specially bitterness and astringency (Price, 1985; Heng, 2005). Thereby, to minimize unpleasant aroma characteristics, desirable flavour compounds are incorporated to the food systems.

Nonetheless, several studies (Guichard, 2006; Weerawatanakorn et al., 2015) have demonstrated that flavour compounds could interact with other food nutrients such as lipids, carbohydrates and proteins by molecular interactions (Reineccius, 2006; Archunan, 2018). Hydrophobic interactions, hydrogen bonds, van der Waals, ionic and electrostatic linkages and covalent bonds are the major categories reported (Gremli, 1974; Andriot et al., 1999; Zhou et al., 2006). However, these interactions are more dominant when proteins are involved. When binding mechanism occurs, flavour is retained since the available binding sites of the protein are occupied by flavour molecules, hindering its release while food consumption. This issue disturbs the final flavour perception and as a result, affects the quality of food and the consumer acceptance. Despite of the already known data in relation to the physical and chemical bindings between protein-flavour, there has been less focus into the role of both aroma molecules and proteins stereochemistry involved in the binding phenomena. In its pace, newer protein sources like lupin are on the front (Lam et al., 2018; Costa de Camargo et al., 2019). For this purpose, numerous plant proteins, will be under study for its potential application in food products. Henceforth, the major research questions to address in order to reveal the answers are: How does the chemical structure of both aroma molecules and proteins have an impact on the interactions with plant proteins and thus on aroma release and retention? How does the protein-flavour type of interactions affects the overall perception?

By finding the answer to these questions, we will be able to achieve the objectives: unravel the underlying mechanism of these interactions and its influence on flavour perception. But also comprehend the repercussion of flavour retention on the dynamics of in-vivo aroma release. 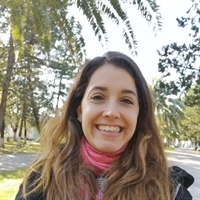