Introduction
Human milk is recommended as exclusive source of nutrition for the newborn in the first six months of life. It has several positive health effects such as a lower risk of incurring infectious diseases,
diarrhoea and respiratory tract infections. In addition, human milk might play a protective role in the development of allergies. Allergies in early life
increases the risk of subsequent development of allergies in adulthood which both have a serious impact on the quality of life (Hahn & Bacharier, 2005).

Studies into the effect of human milk on allergy development have contradicting results. To explain this, it was suggested that a protective effect is caused by specific components in human milk. Therefore,
individual differences in composition can be a key factor for a protective
effect (Matheson, Allen, & Tang, 2012). Components in human milk with high potential in influencing the immune system are proteins and peptides. Proteins and peptides in human milk are mainly endogenous i.e. they originate from the human body. In addition, exogenous peptides originating from allergens that are ingested or inhaled by the mother, can be present. Both types of peptides can have an effect on the immune system, either before or after intestinal absorption.

Aim
Up to now, too little attention has been paid to proteins and peptides in human milk as possible factors of protection of the infant against the development of allergic disorders. In the proposed study it is the aim to (i) characterize the human milk peptide profile including endogenous and exogenous peptides as well as longitudinal and inter-individual variation, and (ii) to investigate the relation between the human milk protein and peptide profile and both maternal allergy status and allergy development in the infant. The knowledge that will be obtained in this project can emphasize the importance of breastfeeding, support dietary advice given to breastfeeding mothers and lead to development of products that will improve the quality of life. 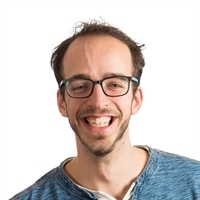