The Netherlands Organization for Health Research and Development (ZonMw) is concerned about the fact that science-based knowledge is not efficiently used for innovation in public health policy and practice. Therefore a study was carried out to explore underlying mechanisms that explain how knowledge is exchanged (or not).

Methods
The innovation system perspective served as the theoretical framework to study the complex process of exchange, interaction and co-creation of knowledge, and served to classify failures. Qualitative interviews were carried out with stakeholders from the knowledge infrastructure in public health. The following questions were addressed: - Who are the players, what are the different roles and how is knowledge created and exchanged? - Which factors influence the interactions between different stakeholders and what does this imply for knowledge production and exchange, and consequently innovation?

Results
Underlying mechanisms which inhibit optimal learning and innovation are: 1. Interaction failures, such as unclear role divisions and, competition, engendering fragmentation 2. Capacity failures among practitioners 3. Institutional failures, such as the evidence-based debate about what good or bad knowledge is and influence of powerful players on policy priorities, financing and evaluation structures. And while intermediary structures exist to translate and broker knowledge in bilateral relationships between domains, there is lack of a neutral systemic broker creating linkages amongst several actor domains.

Lessons
To deal with the problem of interaction failure between science, policy and public health practice special attention is needed to capacity development (especially how to find and use appropriate information), active (rather than passive) knowledge exchange through personal contact, enabling a process of co-creation and making implicit knowledge on intervention implementation explicit. It requires an innovation culture, which implies that the mindsets and incentives of several actors should be geared towards producing socially relevant knowledge. This innovation culture requires capacity building (skills, time and money) as well as incentives (funding, deliverables, rewards). 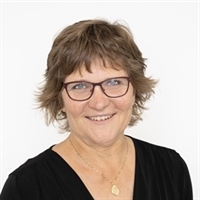 Client(s):
ZonMw (The Netherlands Organisation for Health Research and Development)