There is a potential market for dried fruits shown by relevant consumer studies in Europe performed by (Jesionkowska et al., 2008) and (Sijtsema et al., 2012). It is revealed that breakfast cereals were one of the most frequently consumed products containing dried fruits by Dutch,French and Polish consumers. Apart from that, cookies were popular among Dutch, muesli bar among French, and fruit tea among Polish consumers (Jesionkowska et al., 2009). It would be of interest to find out the consumer’s perception and preference toward dried tropical fruits added to various types of products. The quality perception of dehydrated/dried fruit products by consumers differs from one typeto another end product, such as dried fruit as a single product, mixed with nuts or breakfast cereals, within snack or confectionery. This is especially due to the way the product will be used (consumed in dry-state or rehydrate first) (Lewicki, 2006) and the characteristics of other ingredients.Therefore, it is of interest to conduct a consumer study to find out about the consumer’s perception and preference toward dried tropical fruit as a single products or when added to various types of food products. The study will be based on literature, interviews/questionnaires/focus groups with consumers and experts within companies. Sensory evaluation maybe used to complement the consumer study. 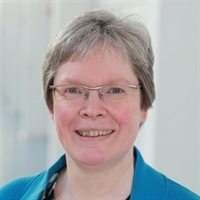