Cardiovascular diseases (CVD) are the leading cause of morbidity and mortality worldwide. Improvements in diet and lifestyle habits are necessary for CVD prevention. Whether plant sterols could lower the risk of CVD has not yet been established.

Plant sterols are fatty substances similar to cholesterol that are present in small amounts in plant foods. Also, there are food products on the market that are enriched with plant sterols. In a meta-analysis of randomized controlled trials, we showed that the intake of plant sterols (~2 grams per day) via enriched foods lowered blood LDL-cholesterol levels by approximately 10%. Blood triglyceride levels were reduced by approximately 6%, an effect that was enhanced by combining plant sterols with omega-3 fish fatty acids. The consumption of enriched foods increased the amount of plant sterols in the blood. These blood levels were within the range commonly observed in the general population. In an epidemiological study, however, the incidence of cardiovascular diseases (CVD) was not associated with the intake of plant sterols from natural sources (less than 0.5 grams per day). Whether an increased intake of plant sterols could reduce the incidence of CVD in the general population warrants further investigation. 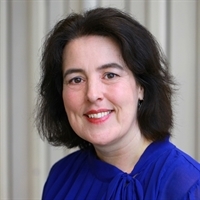