This project proposal has been formulated at the request of a number of parties in and around the pig farming industry. The parties in the Dutch pig farming chain wish to work jointly, and step by step, towards an integral solution to the castration question. The proposal also has to take adequate account of the international dimension, notably at the EU level.

The objective of the project is: to work out a solution that can be borne by the market for stopping the castration of boar piglets in the context of the removal of boar taint. A 5-year project is proposed for firming up this objective. Work has been done in collaboration between the chain parties and researchers on concrete solutions that can be implemented in practice. Attention has also been paid to communicating the solutions and legitimising them in the eyes of the market and of international forums and decision makers.

Not only is there a growing social resistance to non-sedated castration, but the intervention is leading to production inefficiency in pig farming. It is subject of public controversy and there is increasing pressure to resolve the problem either through self-regulation or through government intervention. A number of parties in and around the Dutch pork chain want to work towards a situation in which boar piglets are no longer castrated. There is a need to set in train and implement initiatives aimed at the market acceptance of the meat of non-castrated piglets. The international market acceptance of pork from boars is hindered, however, by the possible occurrence of boar taint.

The report “Meer beren op the weg” [More boars on the road] was published in 2008. This report set out some options for achieving the eventual abolition of the castration of male piglets. The report expresses a preference for an integrated approach aimed at leading to a limitation of the occurrence of pork with an off-flavour. This approach consists of breeding and management measures, combined with a feeding strategy and detection on the slaughter line. Apart from removing the harm to the animals’ well-being through castration, the fattening of boars instead of castrated male pigs also has other advantages. For example, the feed conversion of boars is superior and the environmental pollution consequently lower.

The project is aimed at a long-term definitive solution. Workshops are organised at set times to inform the parties involved and to offer an opportunity for dialogue. The exchange of viewpoints and insights is important for obtaining clarity about agreements and differences, and about their consequences. Practice has shown that contacts during the workshops in turn often lead to fresh knowledge and generate fresh understanding. An effective and efficient communication between all the parties is of decisive importance for achieving a promising solution. 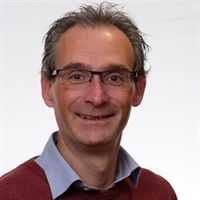