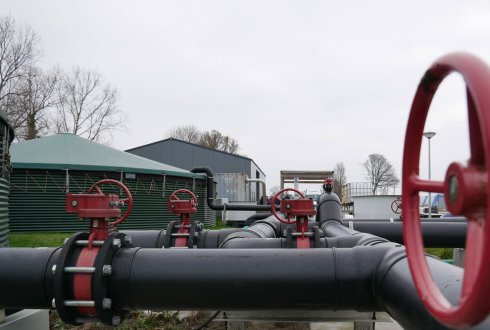 The Wageningen Marine Research test facility has been operational since September 2013. The main focus of the land-based test facility is performing fresh, brackish and salt water tests of ballast water management systems for the Type Approval of these systems.

Species travelling on ships has been with us for centuries. While originally related primarily to organisms attached to the hulls of vessels, ballast water later created a new vector for their dissemination. The intensification of shipping means that this issue is becoming even more problematic. There are numerous examples of non-native species causing enormous damage to coastal areas. Since 1991, for instance, South America has been struggling with the Asian golden mussel, which has changed the biodiversity and crippled fishing in parts of the continent. In the Caspian Sea, fishermen have similar problems due to an invasion by an Asian jellyfish species that eats both the food of the fish and their spawn. This jellyfish has recently also been spotted in Dutch waters.

To prevent the introduction of invasive species, the Ballast Water Management Convention by the International Maritime Organisation (IMO: www.imo.org) entered into force in 2007. This convention states that all new ships must install a ballast water management system and all older ships must install one within five years. These systems mostly use the so-called two-stage method, which are systems that first filter out most of the organisms in the ballast water mechanically, and then kill the remainder with UV-light or chemicals. In the latter case, there must be guarantees that the ballast water will be safe for the ecosystem after discharge. Unstable chemicals must therefore be used or the active ingredients neutralised before discharge.

The worldwide research into the effectiveness of treatment systems mostly focuses on their effects in salt and brackish water. Many major ports, however, are partially or completely freshwater, including Rotterdam, Hamburg, Antwerp and the cities in the Great Lakes region of the US. To test the effects of ballast water in such areas, Wageningen Marine Research can perform both fresh, brackish and salt water tests.

With the test facility and laboratory, Wageningen Marine Research can offer manufacturers of ballast water systems a complete research package for the testing and (risk) evaluation of their systems. The evaluation will be carried out in line with the guidelines issued by the International Maritime Organization (IMO) and with the United States Coast Guard’s Environmental Technology Verification (ETV) guidelines.

For all systems, the efficacy must be proven. First, pilot tests must be performed in the laboratory before the Type Approval tests commence at the test facility. For systems that use a biocide, an additional route of action is necessary with a Basic Approval during the pilot tests and a Final Approval during the Type Approval tests (only IMO). This is a necessary risk assessment of the system. For the USCG the process is slightly different, but IMO documentation is accepted as well.

The test facility consists of one feed tank with a volume of 700 cubic metres and two test tanks, each with a volume of 250 cubic metres. Only a short distance away fresh, brackish and salt water is available with on average high organism densities. If necessary, Wageningen Marine Research can increase the number of organisms in the test water to meet the requirements by cultivating relevant organisms (both ourselves as by partners). Furthermore, a mixture of various materials can be injected into the piping to meet the requirements on Dissolved Organic Carbon (DOC), Particulate Organic Carbon (POC), Total Suspended Solids (TSS), Mineral matter (MM) and Particulate Organic Matter (POM) in the test water.

By adding these materials the ballast water management systems to be tested can not only be tested for certification purposes, but also to determine the limits of their effectiveness. This means that Wageningen Marine Research goes beyond the requirements of current regulations.

The tanks are located outdoors, which means that testing can be carried out year-round. This also allows the most extreme temperatures at which the systems are still effective to be determined. This information is of vital importance, because the shipping industry continues all seasons and the melting ice caps make it possible for vessels to follow routes that take them close to the North Pole.

The team of experts on ecology, biology and ecotoxicology make sure that all requirements as defined by IMO in the guidelines G8 and G9 are met. The team has close contact with other laboratories for required chemical and bacteriological analyses.

Since 2006, a team of experts from Wageningen Marine Research have been involved in the environmental risk assessment of ballast water management systems (BWMS) that use active ingredients under IMO guideline G9. Multiple BWMS have been tested since with different bioassays.

From 2009 onwards, research on BWMS has been expanded with efficacy testing according to IMO guideline G8 on pilot-scale in the laboratory and full-scale at a land-based test facility.

If you desire more information, do not hesitate to contact Afra Asjes (contact details on the top of the page).