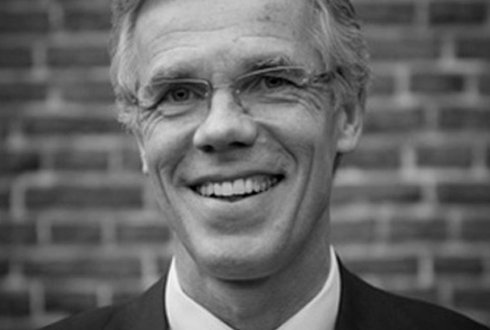 ‘I look back on my student days with great pleasure. As a native of Wageningen, I have always taken a special interest in Wageningen University, both personally and professionally.’

'Many Wageningen graduates work for NOTOX, a company which I co-founded and where I have been a director for almost 25 years. I am a strong advocate of cooperation between businesses and knowledge institutes because that is what lies at the heart of sound and workable innovative ideas. It was mainly the need to deploy knowledge to develop new business ventures in the Netherlands that prompted me to commit to my role as a Wageningen Ambassador. Wageningen University is already very active in this area and I am doing whatever I can to help it along.’

Jan van der Hoeven graduated with distinction in Environmental Hygiene in 1978 and began his research career in the Toxicology Department at Wageningen University. In 1984, the European Environmental Mutagen Society presented him with the Young Scientist’s Award for his research on the relationship between nutrition and cancer. One year earlier, in 1983, he had co-founded NOTOX with Felix Debets and Klaas Noorduyn. In 2005, NOTOX was integrated with WIL Research Holding Inc, a group of service providers for the pharmaceutical industry.

In 2003, Jan van der Hoeven won the entrepreneur prize of the Wageningen University Fund. He followed this up in 2004 by founding VitrOmics, now VitrOmics Healthcare Holding and the parent company of PamGene which develops technology for 'personalised medicine'. He also invests in and supports numerous start-ups in Life Sciences via a private incubator called WesterToren Innovation Centre.