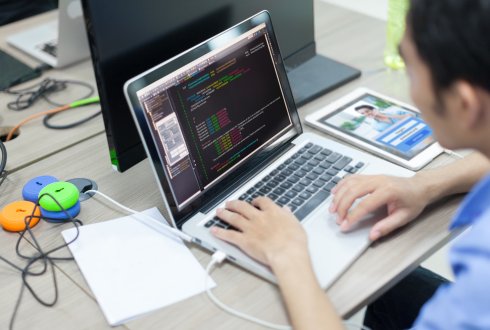 The program RECORD (REcombination Counting and ORDering) can be used for the ordering of loci on genetic linkage maps. The method minimises the total number of recombination events. The search algorithm is a heuristic procedure, combining elements of branch-and-bound with local reshuffling.

Since the criterion does not require intensive calculations, the algorithm rapidly produces an optimal ordering as well as a series of near-optimal ones. The latter provides insight into the local certainty of ordering along the map.

RECORD can deal with the following types of mapping populations: BC1, F2, F3, RILs (in fact any generation obtained by repeated selfing of a hybrid between homozygous parents). Mapping populations from non-inbreds should be split into BC1 or HAP data that represent the maternal and paternal gametes, according to the two-way pseudo-testcross method. Please provide the data in a .LOC file in JoinMap format.

In 2011 Wu et al published a comparisons of four approximation algorithms for large-scale linkage map construction in Theoretical and Applied Genetics 123(4):649-655. Wu et al conclude that RECORD consistently outperformed other mapping software in accuracy and computational speed. Wu et al describe RECORD as the IN and COUNT algorithm, where IN represents the one-by-one insertion of markers into the map and COUNT the optimisation criterion (or cost function) where the map with the smallest number of recombination events is regarded as the best map.