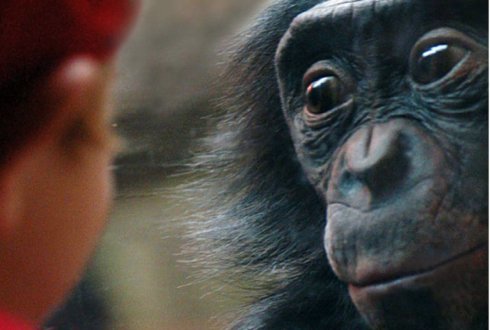 On June 26th, renowned behavioral biologist, Frans de Waal, will hold a public lecture entitled 'The Bonobo and the Atheist' at Wageningen University. Attendance is free, but please register via the button below.

The Wageningen Young Academy is proud to present its first invited public lecture:

The Bonobo and the Atheist

Where: Orion building 103 on Wageningen UR campus in main lecture hall

Attendance is free, but registration via the link below is required

Want to win his latest book?: also register your question for him

Introduction by Frans de Waal: Homo homini lupus – “man is wolf to man” - is an old Roman proverb popularized by Thomas Hobbes. Even though it permeates large parts of law, economics, and political science, the proverb fails to do justice to our species’ social nature as well as to wolves, which are among the most gregarious and cooperative animals. For the past quarter century, this cynical view has also been promoted by biologists even though Darwin himself saw things differently. His view that the moral sense is inborn is supported by modern psychology and neuroscience. In this lecture, I will show how empathy comes naturally to a great variety of animals, including humans. In our work with monkeys, apes, and elephants, we have found many cases of one individual coming to another's aid in a fight, putting an arm around a previous victim of attack, or other emotional responses to the distress of others. By studying social behavior in animals, such as bonding and alliances, expressions of consolation, conflict resolution, and a sense of fairness, I will demonstrate that animals ­and humans ­are preprogrammed to reach out, questioning the assumption that humans are inherently selfish. Understanding empathy's survival value in evolution can help to build a more just society based on a more accurate view of human nature. Religion may add to a moral society, but as an addition and way to enforce good behavior rather than as its source.

Prof. Frans B. M. de Waal is a Dutch/American behavioral biologist known for his work on the social intelligence of primates. His first book,Chimpanzee Politics (1982) compared the schmoozing and scheming of chimpanzees involved in power struggles with that of human politicians. Ever since, de Waal has drawn parallels between primate and human behavior, from peacemaking and morality to culture. His latest book is The Bonobo and the Atheist (March 2013, Norton). De Waal is C. H. Candler Professor in the Psychology Department of Emory University and Director of the Living Links Center at the Yerkes National Primate Research Center, in Atlanta, Georgia. He is a member of the (US) National Academy of Sciences, the American Academy of Arts and Sciences, and the Royal Dutch Academy of Sciences. In 2007, he was selected by Time as one of The Worlds’ 100 Most Influential People Today, and in 2011 by Discover as 47 [all time] Great Minds of Science.

Wageningen Young Academy (WYA) is an independent platform that brings together enthusiastic, ambitious and outstanding young scientists of Wageningen University across all its scientific disciplines. WYA aims at strengthening the position of this young generation of researchers within the University as well as promoting scientific excellence within and among science groups of Wageningen University. For more info on WYA surf to: