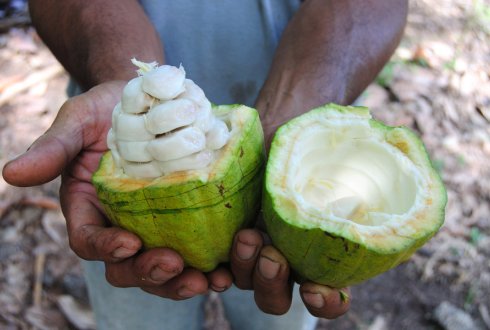 Wageningen University & Research helped develop the evaluation framework to conclude what approaches have the potential to have impact at scale with regard to farmer incomes, reducing child labour and carbon footprint. This will support Barry Callebaut in deciding which approaches to scale up, and with what types of farmers to work with.

Oliver von Hagen, Director Of Sustainability, Global Ingredients and Pilot Projects at Barry Callebaut Group, is responsible for Callebaut’s bold commitments to source 100% of raw materials sustainably and become forest and carbon positive by 2025. First results of the cooperation with WUR are expected in 2019, but early on Callebaut was confronted with an unexpected turn and that is the time it takes to set pilots up and how complex they are:

'When we started out, we said we wanted to do something about child labour, about carbon emissions, about lifting farmers out of poverty. Before you realise it, a brainstorm leads to at least ten things you want to do on a farm. It soon became clear that if you really want to realise ten activities and assess their impact, it’s going to be very complicated. We had to cut the complexity down to something manageable. Even if you do five things, this can still be complex because you have to take different interferences between the activities into account.'

A baseline is very practical. Callebaut collects data on the ground with farmers in several countries at the same time. Von Hagen:

‘We are running five pilot projects in Indonesia, Brazil, and three West-African countries: Ghana, Ivory Coast and Cameroon. Cocoa is grown in completely different ways in these countries. Some issues are overlapping, but there are also differences. If you look at deforestation, for instance, then you see that in Ghana and Ivory Coast a lot of forest has been destroyed in the past thirty years, whereas in Cameroon there is a lot of forest to be protected. But also if you look at the continents Asia, South America and Africa, you see large differences. We also selected those countries because they are cocoa producers that play an important role in our sourcing.’

‘2025 is approaching quickly and the commitments we are talking about are extremely ambitious. We looked at the approaches we are taking now and although we are very proud of what we’re doing already, realising our ambitions before 2025 is extremely challenging and we might not get there. We concluded we probably needed to be more innovative and test new approaches, things that we hadn’t done before or that probably hadn’t been tested elsewhere or only in a different environment, sector or country, but not in cocoa and not in the countries where we work. But how do we test them?’

To understand what the impacts are of these new approaches, Callebaut needed to ensure they had a solid impact evaluation environment and that is why they thought of WUR because of their reputation in agronomics and sustainability. Von Hagen:

'Very quickly WUR was our preferred partner, also because Callebaut had done other things with WUR in the past. We need scientific rigour around the impact evaluation of the new activities we are going to test on the ground with cocoa farmers: how to select the farmers we are going to work with and how to make sure they are representative for a region, country, growing conditions, organisational structures and capabilities. So the sample selection was one thing and the other was how to evaluate impact. What is the baseline and how do you measure impact in the endline and how do you interpret that?'

Having a 100% commitment is always very risky because you are making yourself very vulnerable. At the same time, having ambitions or commitments that don’t go to a 100%, especially when you’re dealing with child labour, doesn’t make any sense at all, according to von Hagen. Accepting ‘a little bit of child labour’ somewhere is not better than simply doing nothing about it. So lowering ambitions is not an option for Callebaut. The same holds for deforestation. Von Hagen:

'It was quite clear after a few internal discussions that either we have a 100% commitment or no ambition at all, even if it exposes us significantly. We have already come across issues in our supply chains and we have to find ways of dealing with them, either by excluding certain supply chains and suppliers or by working with them to improve the situation. The latter is of course our preferred approach and we are already doing this in the pilots.'

Von Hagen agrees that bold ambitions probably mean heavy investments, but he adds that working sustainably is not simply a matter of listening to what society or investors want: It is going to be a business imperative if it is not already so. You have to take responsibility in the supply chains and simply exclude child labour and deforestation. The big question of course is that these issues are difficult to monetise. Von Hagen:

‘The value is not very tangible. Risk management is one part of the equation, and the other is adding value to your product, to what you sell to customers. A third dimension is regulation. Many countries are beefing up their regulations on environmental issues, on carbon, on forests, but also on social issues like child labour. The UK is a forerunner and the EU and the US are also changing their regulations. What is now being piloted in the sustainability arena will become compliance issues in a couple of years. Not addressing these issues in a bold way, for me, is somewhat short sighted.’

‘I am very impressed with the work WUR has done so far. We are overwhelming the WUR teams with complexity and are throwing so much at them and challenging them to an extent we have never done before. They are helping us to structure things and to identify the KPIs we should look at and so on and so forth. Given that we’re working on five projects with hundreds of farmers in each country, the support has been great. The collaboration is beneficial for both sides. I think it is going really well.

We have already started assessing the baseline, which we are going to present to senior management early 2019. We really appreciate WUR's flexibility. These five projects are new to us. We obviously had an idea at the beginning and we had a kick-off workshop in November 2017. Ever since, the ideas have shifted. That’s the reality of working with farmers in Indonesia, Africa or Brazil: things change so quickly. Our ideas shifted, the things we wanted to do shifted. We needed a partner that showed some flexibility and allowed these changes. That is not a given in the academic world.' 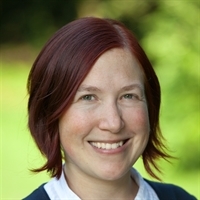 We can help you with your next step!