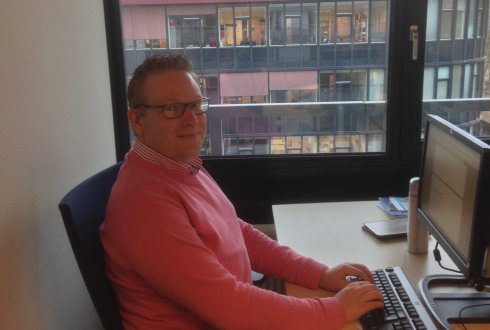 Prior Education and Orientation

A couple of years ago I graduated from Saxion University of Applied Sciences Ijsselland. In that time there were plenty of jobs to chose from and I was quickly able to start a traineeship at Goudappel Coffeng. Unfortunately the crisis also had great consequences for this company and after half a year I had to restart the search for a job. After well over half a year of applying and exercising temporary jobs I decided to start a program at a research university.

During orientation on the plentiful market of study programs at Dutch research universities, Wageningen University had my preference. Slightly prejudiced by the impressions that I had done up during visits to friends who already studied here, I started to focus on which programs fit my interests as well as my previous education. During my Bachelor’s graduation project I had worked together closely with environmentalists. This made me decide not to chose a follow-up training like Landscape Architecture but to target solely on environmental programs.

The next step I took, was to make an appointment with the Study Advisor. During the meeting all programs that had anything to do with the environment or climate were discussed. All of the facets of the programs were highlighted and explained where necessary. If I had only used the website then I would have chosen for a different program. Here from ascertains that meeting in person before making the definitive choice is advisable. After two meetings I made the decision and chose for the Master’s Climate Studies.

Within the program I have chosen for the least ‘technical’ direction, namely ‘Policy’. Even though the program hardly matches my Bachelor’s, the combination of both is very interesting. Designing a good spacial planning is not possible without keeping the environment into account. Also, on the other hand, climate change has a huge effect on spacial planning. I have chosen to write two thesis's. The first one was on the role of households in food waste and at the moment I am writing a thesis on electrical mobility.

Even though I have had an enjoyable time at Saxion as well as at the WUR, there are clear differences between the two. The main difference between both is the more personal approach at the WUR. This already became clear during the first meetings with the Study Advisor. Also the contact with the professors happens at a more equal level than at Saxion. Therefore one has - in consultation - a fair amount of space to organise the study program according to own insights and interests. This ensures that courses are followed and thesis’s are written with more pleasure.

I expect to graduate around the end of the year and, in preparation of what I want to do after my Master’s, I recently enrolled at the Camber of Commerce. In my own company I want to bring together my two passions: media and sustainability. I would like to get to work as a freelancer in different functions, in the fields of car journalism as well as of climate/sustainability politics.