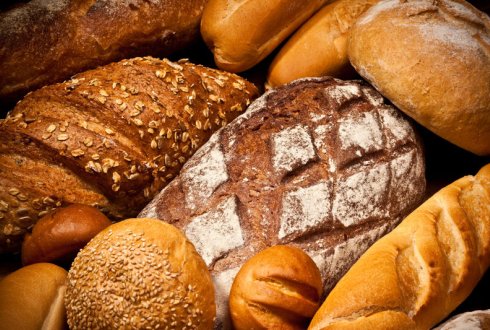 Bread, cookies and gingerbread containing returned bread. They taste at least as good as regular products, according to a pilot study by the European Bakery Innovation Centre together with Wageningen Food & Biobased Research. "We want to launch these products onto the market within five years," says Peter Weegels, Director of R&D for the Sonneveld Group and head of the European Bakery Innovation Centre.

"Almost a quarter of all bread gets lost somewhere in the chain. A prime example is returned bread: sent back to suppliers by bakeries and supermarkets if it is not sold within 24 hours. In our open innovation centre - the European Bakery Innovation Centre - we are working on solutions that will allow companies throughout the bakery chain to reduce these waste streams.

We have, for example, in collaboration with Food & Biobased Research Wageningen, TiFN and another company, developed a process to ferment waste and return streams. The resulting sourdough can be used as a starter in the preparation of new bread. We found that one third of the waste streams could be processed in this manner. Food safety issues around the presence of allergens, seeds and kernels, meant we had to find another application for the remaining two thirds. This prompted us to join the CARVE project (see text box).

Within the CARVE project we developed three technologies for the processing of returned bread. We pasteurized bread to make bread porridge - a traditional Dutch dessert. In addition, we saccharified bread, with the aid of water and enzymes, and used it as a sugar substitute in cookies. We have also incorporated returned bread into gingerbread, to replace boiled rye flour. In biscuits we were able to replace 15% of the recipe with returned bread, and in gingerbread 20%. From consumer research by Wageningen Food & Biobased Research it appears that people find the returned-bread cookies just as tasty as other cookies; the ginger bread was even perceived as “extra tasty.”

We enjoyed our collaboration with the Wageningen researchers. Together with them we defined the steps needed in the innovation process; this has added application value to the project. We brought in our knowledge about bakery technology; they contributed their expertise on cross-industry food processes. I do not know any other institution where they know so much about food and food waste. Wageningen experts are also strong in making the translation from technology into practice.

We now have three promising product prototypes in our hands and are consulting with several parties on how to continue. If it were up to us, we would have at least two of the three products on the market within five years."

To reduce food waste across the supply chain is the aim of the project CARVE (Across Supply Chain Action Program Reduction of food waste, improved Valorisation and Resource Efficiency, 2015-2018). Food companies apply, in pilot projects, knowledge, tools and decision models developed by Wageningen experts. The result is a toolbox that allows companies to integrate prevention and reduction of food waste in their operations. CARVE is a public-private partnership between the Alliance Sustainability Food and Wageningen Food & Biobased Research.

Value creation from side streams