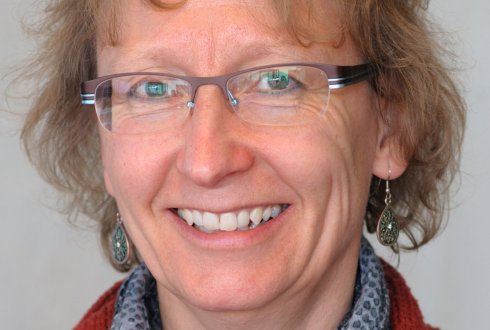 My name is Annelies Beniers. Since 2006 I have worked at Wageningen University and Research as technical researcher in Nematology, Entomology and Plant Pathology in the Business Unit Agrosystems Research. In 2011, I started alongside my job a MSc in the Plant Sciences with a specialization in Plant Pathology and Entomology at the Wageningen University. The title of my MSc thesis is “Cryopreservation and Preparation towards Genome Sequencing of Populations of the Columbian Root-Knot Nematode, Meloidogyne chitwoodi.” M. chitwoodi (Mc) is a serious pest for many crops including the potato.

A breeders test has recently been developed and optimized for measuring resistance to Mc. However, this test was performed with only one population , Mc31 ‘Smakt’.  Proper virulence testing requires vital juveniles from a range of populations. Nevertheless, it is difficult and laborious to keep Mc populations for a prolonged period of time.

Cryopreservation of juveniles in liquid nitrogen might be a viable option for long-term preservation of Mc populations according to Van der Beek et al. (1996), although this method still has some disadvantages: the use of open Cryo-tubes during storage (risk of contamination), variable survival rates, loss of nematodes during the vitrification process and the use of an expensive liquid nitrogen storage system.

I investigated (i) the optimization of the original protocol for cryopreservation of Mc juveniles in which contamination during storage is ruled out and genetic variability is preserved. Furthermore, I developed (ii) a preparation procedure for juveniles from three Mcpopulations (Mc31‘Smakt’, Mc52, Mc66) described in four steps: (1) collecting eggs from roots, (2) hatching Mc eggs, (3) sucrose purification and (4) surface sterilization of juveniles.

The optimized cryopreservation protocol  makes use of a closed system in which a higher and more stable survival rate is achieved. A survival rate above 80% was observed, cross contamination between Mc populations was ruled out, and the loss of nematodes was limited to a mere 16% during vitrification. Essential for obtaining a high survival rate is the use of freshly hatched juveniles of maximum 1 day old in combination with continuous direct contact of the juveniles with liquid nitrogen. Besides the testing of possible improvements to the protocol, the original protocol was also evaluated onthe impact on survival of long-term storage (20 years). Survival rates up to 43% were observed, despite the relocation to another Liquid Nitrogen storage system.

I liked to work in the lab and to learn new techniques. The Nematology people were very nice and have helped me to master the techniques I needed  for my experiments. I am grateful I had this opportunity.