During my bachelor in Biology at Wageningen University, I especially became interested in the relationship between phenotype and genotype. Therefore, I chose to study this link in the interesting creature C. elegans at the Laboratory of Nematology.

Previously, another student had already constructed a new library of recombinant strains which can be useful in finding regulators in the genome. During my thesis, I used a few of these strains to acquire more knowledge on the regulation of stress resistance as their genomes only differ slightly. I was the first student to use this set, which surely was exciting and challenging. At first, I performed a stress resistance assay in which I compared the resistance to stress between the different strains. After that, I examined the regulation of stress resistance by analyzing the transcriptome in R. Even though my biology thesis consisted of 12 ECTS only, I learned a lot during this period, both in the lab and during my interesting data analysis.

Nematology is a really nice place to spend your days. The group is always welcoming, which causes a pleasant atmosphere to work in, but also to share breaks with. Hardly any week went by without cake during one of the coffee breaks: if no one’s birthday would take place, perhaps a bake off would be organized. Besides, every special day, like “Sinterklaas”, Halloween and Christmas were used as a reason to organize a special event at which everyone was and felt welcome. Taken this all together: I really enjoyed my time at Nematology and I would recommend others to take a look at their interesting projects. 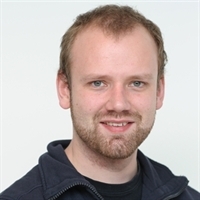