During the previous three years I’ve spent in Wageningen I have learned a lot. Lot’s of things, study related or not at all, have come across. I really experienced the waking up, which was promised in advance, “Je wordt wakker in Wageningen”, well I did. After three years now I’m waking up again. I have to produce my bachelor Thesis.

In the study of Plant Sciences many courses were provided by the chair group of Nematology. Hardly ever they were really about nematodes, hardly never they were boring. These classes were about promising plants, futuristic ideals, which could really be reached: harvest your plastics etc. Well, I always kept these things in mind, since I would like to help make it come true. So now I decided to go work on it. What I’ve been doing for real is slightly less ambitious however though for some quite impressing. The scope of my thesis research was producing nematode proteins in plants and investigating the influence of these proteins on the immunoresponsiveness of human macrophages (derived from a cell line).  Thereby looked for possible therapeutic potentials of the produced proteins. In the end a possible therapeutic potential for treatment of hyper immune diseases was found, though of course a lot of research still has to be carried out on this.

During my project I’ve spent some long days at the department. But since these long long days were regularly interrupted with cakes and other non-work activities and cakes I could easily manage. The weekend to Boekel (a small village in Brabant) should definitely be mentioned here. If you get the chance, watch the movie! It was hilarious. But also during work people were really helpful and never seemed to get tired of my difficulties.I really liked working in the department of Nematology, good atmosphere and nice ice creams. Thanks a lot! 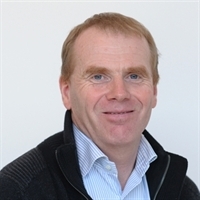