The CRISPR/Cas9 system has made precise genome editing much more easily attainable. It is now possible to induce targeted insertions or deletions at virtually every position in the genome. This has already been shown to be able to significantly speed up plant breeding, which may help us feed a growing population in a changing world.

Recently, besides Cas9, the nuclease enzyme Cpf1 has also been shown to be able to induce mutations at specific positions in the plant genome. However, for both Cas9 and Cpf1 no large screens have yet been performed in plants when it comes to both the mutagenic spectrum and off-target effects of these two nucleases. The first part of my research aims to compare the mutational spectra and off-target effects of Cas9 and Cpf1 in a high-throughput fashion while also comparing different delivery methods for these nucleases, such as stable transformation, protoplast transfection with DNA constructs, and protoplast transfection with ribonucleoproteins: the Cas9 enzyme pre-loaded with a gRNA. Additionally, a non-biased detection system for off-targets will be developed and applied to know exactly how on-target Cas9 and Cpf1 make their breaks in the DNA.

The second part of my research explores the opportunities of CRISPR technology beyond genome editing. In addition to cis-regulatory elements, an important extra layer of gene regulation is formed by the epigenome, of which one example is DNA methylation. The methylation of cytosine bases in promotors can have a pronounced effect on the expression of a gene. In this research it is investigated whether proteins fused to an inactive Cas9 can perform targeted DNA methylation and demethylation, and are thus able to influence gene expression without causing mutations.

All work is performed in tomato, which makes the acquired data directly applicable to one of the world’s most important crops.

Would you like to work on one of these projects with me? Don’t hesitate to send me an e-mail! 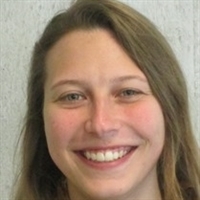