In this research theme we aim to develop electrochemical, bioelectrochemical and membrane-based water-treatment technologies to efficiently recover resources and produce clean water.

The use of electricity allows the growth of specific microorganism on electrodes, providing a specific advantage for certain desired chemical conversions, while energy use is low, compared to traditional treatment methods. Possible applications for bio-electrochemical based water treatment methods are numerous.

One example of such an application concerns mercaptans. This smelly organosulfur compounds are released from decaying organic matter and are present, among others, in wastewater treatment plants and natural gas. Burning gas containing mercaptans results in the formation of sulfur dioxide (SO2), that causes environmental damage due to acidification. Mercaptans can be removed by chemical oxidation, but this method is rather costly and inefficient. The application of bio-electrochemical technologies, might provide a more efficient and cost-effective treatment method. Also, the recovery of nutrients from waste streams, like manure, can become more efficient by using bio-electrochemical treatment.

The most important ETE research areas and projects where (bio)-electrochemical technologies are used include: 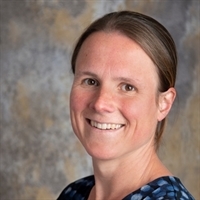 We use a combination of the following technologies: