Seeds in a soil seed bank are often exposed to mild drought stress. This may evoke mechanisms that enhance the tolerance of seed germination and seedling establishment to a variety of stresses, including high temperature and drought, re-establish desiccation tolerance in seeds that have just lost this upon germination, and it may affect seed dormancy, which is also a trait aiming at increased fitness of seeds. This increase in fitness is associated with the expression of a conserved set of genes, including those related to protection from damage, such as heat shock proteins (HSPs), late embryogenesis abundant proteins (LEAs) and anti-oxidant proteins, and genes of the ABA signaling pathway. We hypothesize that these genes are involved in the ‘unlocking’ of the seed’s full growth potential, thereby increasing its fitness for germination and seedling establishment. We will employ a structured Arabidopsis population from the Iberian peninsula that displays clinal variation for several plant and seed traits. Seeds and seedlings of this population, as well as an additional recombinant inbred line (RIL) population (Bayreuth x Shadara) will be phenotyped for dormancy and several responses to stress, with or without previous mild osmotic stress pretreatment. Candidate genes for natural variation and important downstream signalling genes related to the GA-ABA balance, will be sequenced and aligned to identify polymorphisms associated with variations in seed fitness. These polymorphisms will be confirmed by transformation of the relevant alleles to extreme phenotypes. The candidate alleles and polymorphisms may be relevant for the enhancement of (vegetable) seed quality. 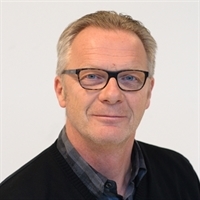