On this page descriptions of thesis projects of the nodule ontogenesis group are given:

In plants two meristems are laid down during embryogenesis at the apices, the shoot and the root meristem, respectively. Organ formation during post-embryonal development originates from either of these two meristems. In Arabidopsis thaliana, meristem formation and organization has well been documented. From these studies it has become clear that both root and shoot meristems contain a number of undifferentiated stem cells. Organizing cells are keeping the stem cells in an undifferentiated state and together with the stem cells form the stem cell niche. Medicago  orthologs of  stem cell expressed genes have been isolated. These genes have been used to study the nodule meristem organization and revealed that this meristem consists of two different stem cell niches (fig.1). Functional analyses of stem cell maintenance PLETHORA (PLT) genes showed that root developmental programs also direct nodule development. Currently, we are studying the role of these PLT genes in forming the central nodule tissue, containing the cells that harbour the rhizobium symbiont.

One of the earliest legume genes induced during root nodule development is ENOD40. This gene is essential for nodule organogenesis. Furthermore, it is one of the first genes identified in plants that encode a peptide; in animals, peptides often have a role as signal molecules. Strikingly, the major part of the ENOD40 mRNA is a 3’UTR, which contains a domain involved in translational regulation of ENOD40 mRNA (fig.2).

ENOD40 is present in nonlegumes, like Arabidopsis. Here, this gene is involved in hormone-controlled root growth. Currently, we are dissecting the working mechanism of the peptide in this process in Arabidopsis. It is anticipated that this can be instructive on how legumes have co-opted  ENOD40 in nodule development as this is also a hormone-controlled process. 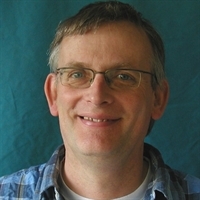