Anthropology of law is the study of the workings of law from an anthropological perspective. Law is studied as a social and cultural phenomenon consisting of sets of rules in the form of written texts, norms, conventions, and customs, as they are used and produced by actors in specific contexts.

Anthropology of law focuses on how people use and create these sets of rules in daily interaction, politics and discourse as a means to steer society and behaviour. Law works always in the context of social and political relations that (co-)determine the outcome of the workings of law. In a context of development but also in developed societies often multiple bodies of law co-exist, a condition called legal pluralism that gives rise to particular problems of legal complexity, conflicts and contestations. In our group we particularly focus on property rights, citizenship and governance in relation to natural resource management. We study how law is working in providing access to income and food in situations of increasing political and economic conflict, and in relation to the governance of chains of production. 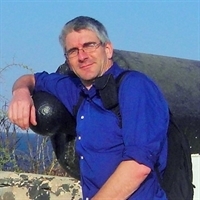 Go back to SDC Home page