Foot-and-mouth disease (FMD) is a contagious viral disease that can spread very rapidly of cloven-hoofed animals. Among these are domestic animals such as cattle, water buffalo, sheep, goats and pigs, as well as antelope, bison and other wild bovids, including deer. Wageningen Bioveterinary Research conducts research on this disease.

The disease is caused by apicornavirus. There are seven 'serotypes' of FMD virus, each producing the same symptoms, and only distinguishable in the laboratory.

Foot-and-mouth disease causes fever, followed by the development of vesicles (blisters) chiefly in the mouth and on the feet. Young animals can die due to infection of the heart, pregnant animals can abort and animals used for traction cannot work when they are ill. The disease has a huge economic impact on production, mainly due to loss in milk production but also due to abortions, the death of young animals, and the cost for veterinary care.

Foot-and-mouth disease is endemic in large parts of Asia, Africa, the Middle East and South America. In parts free of FMD like Europe sporadic introduction of the disease do occur.

In countries were traction is important the loss of traction can cause huge losses when e.g. the fields cannot be plowed. Outbreaks of foot-and-mouth disease can lead to trade disruption, because countries free of the disease will not accept animals and animal products from countries that have FMD.

Wageningen Bioveterinary Research conducts tests for the diagnostics of infectious diseases in animals. Read more on our diagnostics page.

Want to know if your disinfectant is able to inactivate FMD virus? Take a look at our page about disinfectant testing. 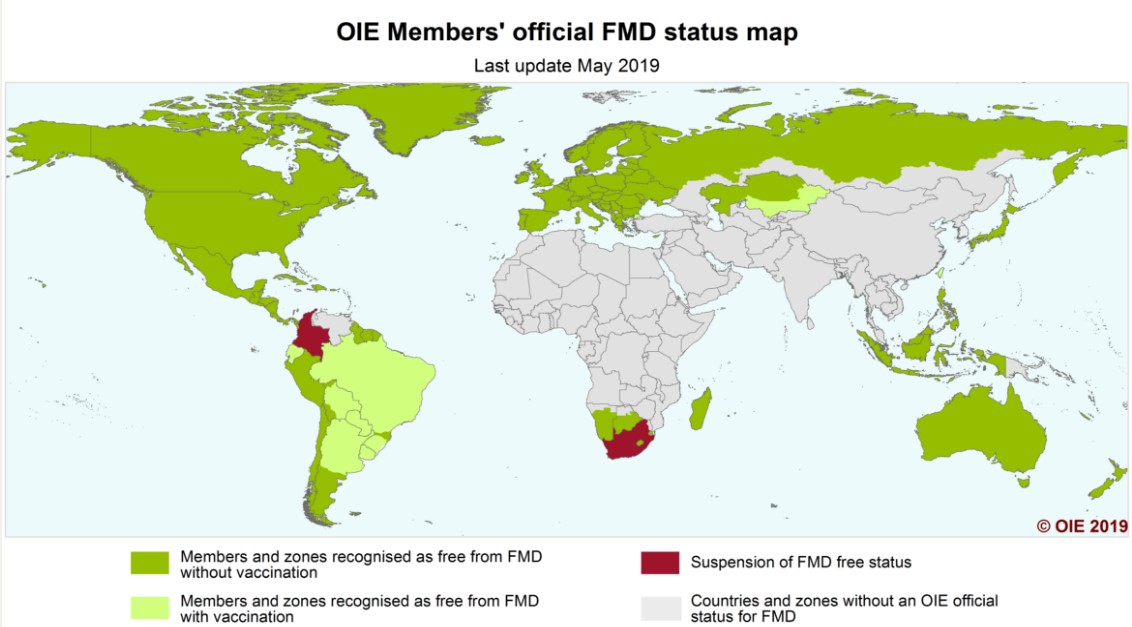