Radar satellite imagery from the European Space Agency’s Sentinel-1 mission is used to map new disturbances in primary humid tropical forest at 10 m spatial scale and in near real-time.

Sentinel-1’s cloud-penetrating radar provides gap-free observations for the tropics consistently every 6 to 12 days. In the densely cloud covered tropics, this represents a major advantage for the rapid detection of small-scale forest disturbances such as subsistence agriculture and selective logging. The RADD (RAdar for Detecting Deforestation) alerts contribute to the World Resources Institute’s Global Forest Watch initiative in providing timely and accurate information to support a wide range of stakeholders in sustainable forest management and law enforcement activities against illegal deforestation. The RADD alerts are implemented in Google Earth Engine. RADD alerts are available openly via Google Earth Engine, the Global Forest Watch platform, SEPAL.io and EarthMap.org.

(Note: ESA has expanded the coverage of Sentinel-1A after the Sentinel-1B anomaly in early 2022. The coverage for RADD alerts (humid tropics)
almost back to normal with a minor gap in the norther Amazon. ESA plans an early launch of Sentinel-1C)

Cautions on using the alerts

The RADD alerts were also made possible thanks to a project funded by major palm oil producers and buyers during which Wageningen University started developing the RADD detection method and Satelligence helped to first scale the alerts to Indonesia and Malaysia (2019).

The data is licensed under a Creative Commons Attribution 4.0 International License and may be used by anyone, anywhere, anytime without permission or royalty payment. Attribution using the recommended citation is requested. 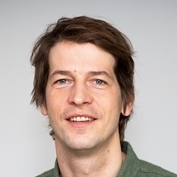