Through this page, you can stay up to date about the latest developments on avian influenza. Wageningen Bioveterinary Research (WVBR) takes care of diagnostics in the Netherlands.

Spread of bird flu in the Netherlands

What is avian influenza?

In some cases people – and other mammals like pigs and foxes – can become infected. This can happen if there is direct and extensive contact between infected animals and humans. Some variants of avian flu can be transmitted to humans (zoonosis). The symptoms of avian influenza in humans are very mild in most cases.

The most dangerous type of avian influenza, fowl pest (HPAI) forms a public health risk. Direct contact with infected poultry may lead to severe infections in humans. Serious or even fatal infections have only been reported in exceptional cases. This happened for example after infection with the HPAI H5N1 virus in Asia in 1997 and 2004, with a HPAI H7N7 in the Netherlands in 2003 and recent years with a LPAI H7N9 virus in China.

There is a fear that the virus will change to make it easily transmissible among humans. This could lead to a worldwide influenza epidemic; a pandemic. Previous flu pandemics were the Spanish flu (1918), with an estimated 40 million deaths worldwide, the Asian flu (1957-58) and the Hong Kong flu (1968) with 2 to 3 million victims each.

How does avian flu spread?

The chance of the virus spreading via migratory birds represents a continuous and unpredictable risk. Free-range poultry farms are at greater risk of an avian influenza infection, because the poultry can come into direct contact with potentially infected wild birds and waterfowl. Besides this, (illegal) import of pet birds poses a danger. The chance of avian flu reaching the Netherlands through the import of poultry, poultry products or hatching eggs, is limited.

Birds, including poultry, can catch bird flu in several ways:

It is impossible to prevent the infection of wild birds. However, farmers can take a large number of measures to decrease the risks of potential contamination.

The virus can be kept from affecting stables by putting in place bio-safety measures. Implementing and following up these measures requires perseverance and strict discipline. Businesses such as breeding farms that are higher up in the pyramid, generally invest more in bio-safety. These companies are seldom affected by avian flu.

Farms that allow chickens to roam outside and interact with their surroundings, pose a far more significant challenge in preventing infection.

Within the European Union legislation exists to prevent avian influenza from being introduced or spread via infected poultry or transport.

Vaccination of poultry is possible but there are many snags to it. It is costly, difficult to organise and tied to permits. Some buyers of Dutch poultry products (including Germany) do not want products from vaccinated animals.

How did bird flu affect the Netherlands in 2017?

In late 2016 and early 2017, besides wild birds, several poultry farms and household flocks were found to be infected with the highly pathogenic variant of avian influenza. Research has shown that these H5N8 bird flu infections were linked to wild migratory birds from Russia. And it has also been shown that the H5N8 virus can multiply in the intestines as well as the respiratory tract of wild birds.

H5N8 bird flu in the intestines

The H5N8 bird flu virus caused major deaths among wild birds in the Netherlands in 2016-2017. A joint study by Wageningen Bioveterinary Research and Erasmus MC shows that this highly pathogenic virus can multiply in the intestines of at least four different species of wild birds (the wigeon, tufted duck, black-headed gull and magpie). This in contrast to the previously highly pathogenic H5N1 bird flu virus, which could only multiply in the respiratory tract of wild birds. The H5N8 virus therefore resembles low pathogenic viruses that occur naturally in wild birds and are known to multiply in both the respiratory tract and intestines.

Avian Influenza viruses are transmitted when waterfowl forage in water contaminated with feces from infected birds. The H5N8 virus may have been able to spread better in the wild bird population, because the virus multiplies in the intestines and therefore more virus was probably present in the feces of infected birds.

What research on avian flu does WBVR do?

Wageningen Bioveterinary Research (WBVR) is the designated institute where the diagnosis of the disease avian influenza is performed. We perform laboratory tests to see if the virus is present and run diagnostics on samples of poultry from locations where a suspicion of the disease is present. We also examine wild birds and waterfowl in order to rule out avian influenza as a cause of the birds’ death. The goal is to identify the disease as early as possible and then check the poultry kept in the neighbouring areas.

WBVR studied the origin of avian flu by analysing the genetics of new strains in the Netherlands. Comparative studies are done to investigate whether individual cases on different farms show similarities or differences, to map the transmission route. Furthermore, WBVR studies the introduction of avian flu on poultry farms in general, and free-range farms in particular, in the Netherlands. We also test new methods to keep wild (aquatic) birds away from the enclosures.

The Netherlands has operated a monitoring program since the HPAI H7N7 outbreak in 2003. Domestic poultry, but also wild birds, are regularly checked for antibodies to the virus by WBVR. In this way, it is possible to discover avian influenza at an early stage and limit the spread of the virus (early warning programs).

WBVR can also test if desinfectants are able to inactivate the avian influenza virus. 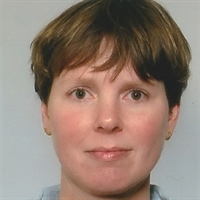 Do you have a question about bird flu? Ask our expert: dr. N (Nancy) Beerens
Contact form + Show more (1)