Over the past few years there’s been more and more discussion among farmers, advisers, government agencies, funders and the media about agricultural soil, and soils in general. This is a positive development. Agricultural land is the foundation of food production and also fulfils several other important functions, such as water buffering, carbon sequestration and strengthening biodiversity. But some reports seem to suggest there’s something fundamentally wrong with our agricultural land. What’s the real story? What do we know about our soils?

Let’s start with the good news: the Netherlands has excellent agricultural land, certainly when compared to agricultural soils in other parts of Europe or the rest of the world. Our soils are highly fertile, we have good water management, and the land is level (apart from in South Limburg). All of this means there’s hardly any marginal or unproductive land in the Netherlands. To some extent, this has come about naturally: in river deltas along the coast, fertile clay gets deposited by the rivers and the sea, and in wet conditions this leads to peat formation. But there’s certainly a significant element of human influence too: thanks to the creation of agricultural plots, water management, and years (or even centuries) of fertiliser application, soil quality has improved so much that high-yielding crops can be grown everywhere. If we just consider the productivity function of agricultural land it’s difficult to conclude that we have a problem. Compared to international standards, crop yields are very high, and are still improving for many crops. Of course, other factors come into play here too, such as the development of increasingly high-yielding crop varieties, but such good results wouldn’t be possible if you don’t have good soils to start with.

We can’t take good soil quality for granted. The current quality of our agricultural soils is the result of a combination of natural factors such as soil variety and the depth of the groundwater, as well as human interventions such as fertilisation, ploughing and liming. Because the harvesting of crops removes nutrients, and natural processes break down carbon and acidify the soil, it’s important to restore and maintain balance in the soil. This balance relates not just to carbon, nitrogen or phosphate, but also to the necessary soil structure and the organisms that live in the soil. By nature, soils are not an infinite source of water and nutrients, and agricultural soils therefore need to be managed. This management is the only way to ensure that soils can deliver nutrients, there’s enough water available, and that crops can establish deep roots unhindered. Soil management also ensures that soil life can thrive, and this helps to decompact the soil, release nutrients and prevent pathogenic organisms from taking hold. Maintaining the productivity of agricultural soils requires a smart combination of fertilisation, crop planning, drainage and tillage.

So as long as our agricultural soils are fertile, does that mean we don’t need to be concerned about the quality of the soil? No – there is real cause for concern. Today, the worries are about how intensively soils are being used, the growing pressure for land to be used for purposes other than agriculture, and a greater dependency on natural processes beyond our control. We should note that although many people use the terms “sustainable soil management” and “healthy and vital soil”, it’s still not very straightforward to define soil quality. Notions of quality are highly dependent on user objectives: the soil we might want for environmental objectives is not the same as we might want for agricultural objectives.

The intensity of soil use

Intensive soil use – with a high proportion of cash crops, intensive tillage and a relatively low level of organic matter – along with careless soil management can in many cases lead to less than optimal soil quality. Poor soil quality might manifest itself as soil compaction, soil-borne pests and diseases, and pH levels being too low. This will lead not only to a decline in yields and possible problems with crop quality, but also to negative impacts on the quality of the local environment. These impacts can include eutrophication of ground and surface water, declining water retention in the soil, and higher greenhouse gas emissions.

One important underlying cause of intensive soil use is the high economic value of land. The Netherlands happens to have the most expensive agricultural land in the world. That’s because we use the land in our fertile delta not just for agriculture but for many other things too, making agricultural land relatively scarce. With a hectare of land being so expensive, it needs to be intensively used to make it economically viable. So our land use keeps growing more intensive. In the land-based livestock sector that means producing more milk per hectare, by maximising roughage production on the farm and relying more on bought livestock feed. In the arable farming sector, producers are shifting towards more profitable crops such as potatoes, onions and flower bulbs, rather than crops with lower profit margins such as grains. The intensity of land use associated with many cash crops poses a risk to the quality of agricultural land.

In the Netherlands, it’s not just land that is scarce, so is labour. This means that farmers will want to minimise the amount of labour they use in their business. In the horticulture and livestock sectors, this is evident in the use of automation (robots for picking, milking and feeding), while the arable farming sector continues to increase the size and capacity of its machinery. These larger machines pose a threat to soil quality because they’re heavy and are used to harvest crops in less than optimal soil conditions.

What problems are farmers having with their soils? Here are some examples.

Soil life is the biological engine driving all sorts of processes which actively contribute to improvements in the soil structure and the availability of nutrients. No agricultural system can possibly exist without soil life. Fungi and soil fauna create a structure for soil particles. They make it nicely homogenous, and they make nutrients available to crops. They also perform carbon sequestration in the soil, increasing its buffering capacity. Diversity in soil life (with lots of different species) also reduces the risk of pests and diseases. Soil is actively influenced by all the life within it, but the volume and diversity of that soil life is also partly determined by the type of soil, the weather, the groundwater depth, the fertiliser applied and the crop plan. Under the right circumstances, almost any soil can become home to a healthy and diverse population of fauna and flora. In the west of the Netherlands, for example, experience has shown that many meadow birds prefer recently fertilised grasslands (with lots of earthworms and soil life) to nature conservation sites where there’s much less food available.

At the same time, soil life is not by definition beneficial to agriculture: some organisms can be immensely damaging to crops. Certain soil fungi, insects and nematodes attack crops under the ground or sometimes on the surface, causing problems to crop growth and sometimes to product quality. The cultivation of certain crops or crop varieties that are prone to attack can then lead to a rapid growth of the population of these harmful organisms, which then means that if another similarly vulnerable crop is grown in the same place the following year, the damage will be even greater. This problem can be managed if we’re aware of the presence of harmful organisms in specific plots and select crops and varieties accordingly. The damage is often worse though if the growing conditions for a crop turn out to be less than optimal, as a result of too much or too little water, for example. That’s why good soil quality, particularly in terms of water management and soil structure, can indirectly influence the damage caused to crops by harmful soil organisms.

There’s a whole range of interventions available to encourage beneficial soil life: in essence, it’s about creating the right conditions when it comes to nutrients, oxygen and water. For nutrients it’s all about crops, crop residues and green manure crops, but also the application of organic fertiliser. If you want to ensure there’s enough oxygen in the soil, it’s important to create a loose structure and to avoid the ground being waterlogged. That said, water is an important factor in creating healthy, active soil life. It’s about striking the right balance: not too much, and not too little.

The power of data

An understanding of soil quality is always based on practical experience and measurements. The Netherlands gathers huge amounts of data on its soil quality. Data on more than 50 chemical, physical and biological properties is available for almost every plot. Simple soil test pits can also reveal a lot about soil structure and root systems. These measurements can shed light on the key challenges for each individual plot. Certain basic soil properties are well established as the key metrics for the various functions that soil performs. These include the level of organic matter, texture, pH and nutrient supplies. For nutrients, pH and organic matter, target levels and ‘good agricultural practices’ have also been defined. However, it’s important that we continue to build on our knowledge of the biological and physical aspects of soil quality, how these can be measured, and what the target levels are. Wageningen University & Research recently defined a list of measurements as a way of furthering our understanding not just of soil fertility but also of the other services provided by soil. And in 2019, university and research institutes and soil advisers in the Netherlands compiled their knowledge of soil quality measurement in the Open Soil Index. However, farmers aren’t making much use of this information yet: soil analyses are mostly performed for the purpose of assessing how much fertiliser to apply. There are many untapped opportunities here for tackling the problems discussed above in a targeted way through the use of appropriate crop plans, fertilisation practices tailored to the fertility of the soil, and using the right machines at the right time.

The complication from a scientific perspective is the prevalence of easy soundbites about soil life and healthy soils, which all sound too good to be true. These simplistic claims also fail to do justice to the complexity of agro-ecosystems, because they reduce the reality of the situation to a few simple, black and white choices. Here are some examples:

It’s good that there’s such widespread interest in soils, because soils perform important functions for agriculture and the environment as a whole. There’s no reason to panic about the quality of agricultural land in the Netherlands, because we still have very good, fertile agricultural land. There are some challenges, including some specific agricultural ones such as soil compaction, and these are drivers of increasingly serious risks when combined with the effects of climate change.

New objectives keep emerging for our use of agricultural land, such as water storage or carbon sequestration, and these don’t always align with agricultural objectives. It’s important to set realistic expectations and to make choices where necessary. We can’t do everything everywhere. We also need to be vigilant about the tendency to simplify problems and solutions. Simplifications fail to address the reality of the situation and can lead to one-sided or even nonsensical interventions. 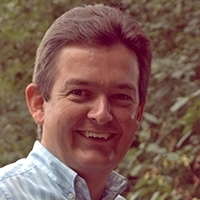