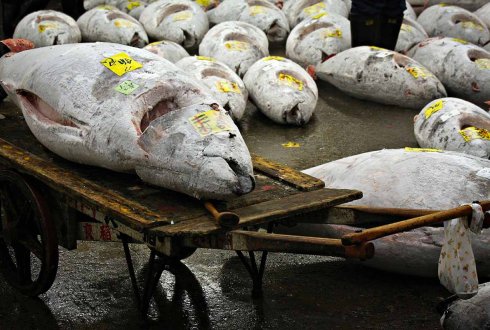 Indonesia, one of top 10 fishing nations in the world, is deemed to have a particularly high incidence of illegal, unregulated and unreported fishing. For example, up to 38% of Indonesian seafood products to the major markets like the US come from illegal and unreported sources. There chronic lack of data on the amount of tuna landed in the country, makes any form of stock assessment, and hence management, near impossible.

The IFITT project addressed this lack of information on tuna fisheries by bringing together researchers from Wageningen University (ENP and the Aquaculture and Fisheries chairgroup), Bogor Agricultural University, the fish exporter Anova BV, the NGO MPDI and EcoTrust Canada, to develop and implement a consumer facing traceability system (ThisFish) for the small scale tuna fisheries sector.

By using apparent market demand for transparent tuna in the United States and European Union, incentives were created for fishers to invest in ongoing voluntary disclosure of their fishing practices. Once collected the fishery related information was passed on to the Indonesian government and the regional fisheries management organisations in the Indian and Pacific Oceans (see Figure 1).

The IFITT ‘model’ helped facilitate the certification of the first Fair Trade fishery in the world, located in Eastern Indonesia. By creating a transparent tuna traceability system the IFITT project placed new demands on fishers to disclose and information about their practices. Reflecting on these demands with fishers and other actors in the tuna supply chain the project team sought further funding to develop, implement and evaluated digital traceability technologies. This included the use of Spot Trace devices used to assess vessel movements, digital enumeration for recording landings, and the Tally-O system for digitalizing information flows along the value chain.

After monitoring the implementation and impact of these technologies they were found to successfully meet the information needs of exporters and importers of tuna products. Fishers were also found to engage with these technologies where their implementation aligned with their fishing and landing practices. When presented the data collected, fishers were also able to interpret and use the information to better plan out their fishing activities. Both retailers and the Indonesian government were less engaged. The government saw value in the system but requires further input on how to integrate it into existing data bases. Retailers in contrast were not convinced that such a fine level of transparency is needed for the market. Overall, however, the project showed that the implementation of traceability systems in small scale fisheries is valuable for increasing transparency and assessing the incidence of IUU fishing.

As traceability demands increase in both the EU and US the results of the project are influencing the design of new traceability systems in Indonesia and elsewhere. The Tally-O system is being further developed by the International Pole and Line Foundation and the Abalobi system in South Africa. In addition the results have fed back into the development of a series of new initiatives for monitoring small scale fisheries by The Nature Conservancy, the Australian CSIRO and the NGO Future of Fish in their work in South America. The results have also fed into discussion on new assessment models for small scale fisheries under the work of the FAO’s Hidden Harvest programme.

The project has sought impact beyond these institutional actors through the development of the three videos published on Youtube (see for example ‘Do you know where your tuna comes from?') and a buyer’s guide to traceability developed by the main implementation partner in Indonesia MDPI. 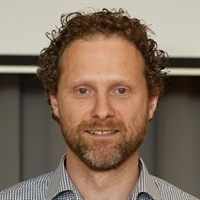 An interdisciplinary group of governance scholars within Wageningen University & Research