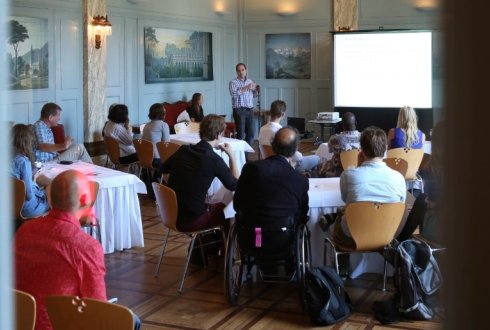 In communities across the world, people organize to develop responses to socio-political and economic challenges. This session introduced a social movements perspective to look at these processes, and discussed issues that came up.

Carlos Morales investigated the relation between collective action and disaster risk management in Central America from the perspective of social movement theory. He found that in Central American countries civil society organizations have transformed Disaster Risk Management into a social claim, a responsibility of the state. This has facilitated processes of collective action that have been developing and expanding during the last decade (the Risk Management Networks).

These “networked social movements” are a real strength in terms of people's resilience and development. Resilience which is not related to the preservation but mostly to the transformation of the economic model, the political system and dominant cultural codes.

A discussion followed, and concluded that the social movements perspective implies changing the way the international organizations participating in the session deal with their programming. They should start from the organizations and processes of collective action which people and communities are involved in. These constitute an existing political dynamic to build on, which is however frequently ignored and/or opposed.

We would love to hear what you think. Please react through the form below: