The overall goal of the project is to develop and experimentally validate novel computational methods to identify potentially deleterious variants in livestock species, specifically pig and poultry. Such methods will not only provide insight into the genetic makeup of populations of these species, but will also provide new genomics tools to breeders to improve genetic breeding stock, as detection of such deleterious variations will allow their subsequent removal from the population.

The approach will be complementary to other methods such as genomic selection, which are restricted to dominant and additive variants found at relatively high frequencies in the population. Combined, these molecular breeding methods are thereby expected to contribute to a reduction in inbreeding depression and to increased performance of the lines analysed, by incorporating selection against negative variants into on-going genomic selection in poultry breeding.

The main objectives of the project are to:

To achieve these objectives, we will exploit the wealth of sequence information that is already available at WU for chicken, turkey, pigs and cattle. Computational methods based on machine learning will be developed to predict the likelihood of a given variant in the data being deleterious or pathogenic, by integrating genome annotation, evolutionary conservation and functional genomics data, and transferring knowledge obtained from other species (human) as far as possible. These predictors will be tested and validated in chicken, as it allows for relatively fast, inexpensive experimentation, but will be designed to be generally applicable in livestock breeding. In the available genotyped pedigrees as well as in specific experimental crosses between carriers of a selection of the identified variants, we will verify whether offspring homozygous for a variant are indeed affected or non-viable.

Note: In addition to the two PhD candidates, a postdoc will be working on this program. A candidate for the postdoc position is identified already.

Further information: please contact of one of main supervisors 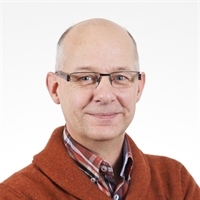