New research by, among others, Hans Bouwmeester (Toxicology) and Phil Macnaghten (Knowledge, Technology and Innovation) of Wageningen University & Research, revolves around the value we attach to animal testing. The results of animal-free studies are not always (legally) accepted, which means that animal testing is still necessary. According to Bouwmeester and Macnaghtan, a change is needed to reduce or - where possible - completely stop the use of laboratory animals.

Bouwmeester: 'The approach of our research is both toxicological and sociological. That's special. This is not just about proving whether testing methods are reliable, but also what it takes to replace animal testing methods. From understanding how a substance works and its applicability in animal-free models, as well as the acceptance of animal-free data.'

Laboratory animals are used to investigate the
safety of substances for humans. Think of substances that we as humans (daily)
ingest, such as medicines and substances that end up in our food through the
environment. Animal testing is increasingly being criticized, from a social as well as a scientific point of view. There is criticism of the use of animals, but also of the translatability of such tests from animals to humans. To stimulate the animal-free transition in scientific research, NWO and ZonMW have developed the program 'Animal-free models: acceptance and implementation'.

This program focuses on the acceptance and implementation of non-animal models at administrative, scientific and societal levels. Three multidisciplinary consortia will contribute to this over the next five years. One of the projects is a consortium of Wageningen University & Research, University of Groningen, Rathenau Institute, Shell, Unilever, Dutch Organ-on-Chip consortium and Medicines Evaluation Board of the Netherlands.

In this project, the researchers are looking at two types of animal-free methods that use cell models or complex models that approximate liver function. The consortium wants to know what the different parties think about these animal-free alternatives.

Macnaghten: 'What is the position of the various stakeholders, the regulatory authorities and also the general public in abandoning animal testing methods? Do we have sufficient confidence in the alternatives that are not tested on animals? An interesting thing about this topic is that we prefer not to think about it. We avoid the uncomfortable details, we don't really want to know which animals are used for which research or how extensive this research is. It’s therefore also possible that the subject is not yet so concrete or tangible for people. We want to investigate that as well.’

Bouwmeester adds: 'We also want to find out more about the possible solutions. So how do we move forward in this topic? Are we thus exchanging one uncertainty for another? And how do we turn this into an open and broad social investigation? We will be looking at that in the coming period.' 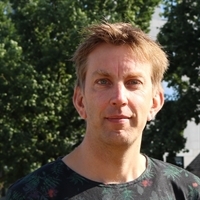 Do you have a question about animal-free methods? Ask our experts: dr.ir. H (Hans) Bouwmeester
Contact form + Show more (1)