In this project, we investigate the biological role of liquid-liquid phase separation of auxin response factors (ARFs) in the plant Marchantia. We address whether this behaviour is required for auxin signalling. We will utilise advanced biochemical, biophysical, and cell biology approaches to determine the role of Marchantia ARFs phase separation in auxin signalling by using our fluorescently tagged MpARF knock-in lines and apply functional imaging tools, such as FRAP and FRET to determine the dynamics and to describe the complex behaviour of ARF condensates.

Transcription factors are required to initiate transcription of DNA in eukaryotes. In case of land plants, the auxin response factors (ARFs) are crucial transcription factors that modulate gene expression under control of auxin, a plant hormone that plays an essential role in plant development. ARFs are composed of three conserved domains, of which the middle one is forecasted to be intrinsically disordered. While the function of the other two domains, which are well-structured, is characterized in detail, the role of the intrinsically disordered middle region of ARFs remains elusive. Recently, we demonstrated that the disordered middle region of ARFs is the source for the formation of liquid-like biomolecular condensates of ARFs in plants. Biomolecular condensates, like liquid-like droplets, are omnipresent in cells of numerous organisms. All these condensates contain full-length proteins, are dynamic, and are increasingly recognized as phase-separated organizers of cellular biochemistry. Intrinsic protein disorder and biomolecular condensates in plants have hardly been investigated up to now. Inescapably, however, phase transitions of proteins and liquid droplet formation will also play crucial physiological roles in these organisms, and thus are addressed here.

In this project, we investigate by an integrated (cellular) biochemical and biophysical approach the roles of intrinsic disorder and phase separation for the function and regulation of ARFs from the liverwort Marchantia polymorpha (Mp). We opt for this plant species, because, compared to other plants like Arabidopsis thaliana, it has the simplest auxin-response system, including only one member of each of the three dedicated ARF protein families identified. We will quantify intrinsic disorder of isolated middle regions and of full-length MpARFs in vitro using spectroscopic approaches (like nuclear magnetic resonance, fluorescence and far-UV circular dichroism) and determine their propensities to undergo liquid-liquid phase separation. We will investigate phase separation in vivo using genomic knock-in plant lines where fluorescent proteins are fused to MpARFs. Our preliminary confocal microscopy data show formation of cytosolic and nuclear condensates, thereby exposing a phase transition of MpARF proteins in vivo. To uncover the biological relevance of ARF phase separation in vivo, a spatiotemporal analysis will be done of where and at which developmental stage biomolecular condensates of MpARFs form. In addition, we will characterize the dynamical features of these membrane-less organelles and probe the influences ARF concentration and environmental conditions, like temperature and pH, have on condensate formation. For this purpose, use will be made of functional imaging tools, like fluorescence recovery after photobleaching (FRAP) and Förster resonance energy transfer (FRET). Furthermore, the molecular composition of MpARF condensates will be analyzed using targeted proteomics approaches in combination with mass spectrometry analysis. This approach reveals the cellular biomolecules that are recruited to liquid-like condensates of MpARFs as critical factors during auxin signaling. We expect that this project will uncover the physiological roles of intrinsic disorder and phase separation for transcription factor function in plants.

The overall goal of this project is to elucidate the roles of intrinsic disorder and phase separation during transcriptional control by ARF proteins in plants. To tackle this challenge, we will experimentally quantify disorder of the middle region of MpARF proteins and their propensity to phase separate (Work Package-1 (WP-1)).

Our third objective is to establish the generic biological relevance of ARF phase separation. For this, we will study the exchange of MpARFs between condensates and environment and analyze the packing and molecular composition of MpARF condensates in Marchantia (WP-3).

Do you have a question about phase separation, or would you like to join us as a student researcher? Please contact us. 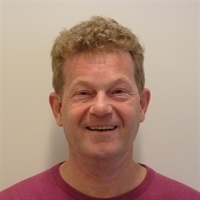