Potato is an important food and industrial crop in the Netherlands. However, sustainable potato production is threatened by the potato cyst nematodes G. pallida and G. rostochiensis, causing an estimated EUR 460 million loss in Europe alone. They are obligate endoparasites, so totally dependent on their host, and live in and from the roots of potato causing growth retardation, damage to the roots and early senescence of plants.

In the past, large amounts of pesticides were used to protect potato against these nematodes but many of these pesticides have been banned. Therefore, there is a great need for alternative control methods based on natural plant resistance. In this project we will study the chemical communication between potato and potato cyst nematode (PCN) and using this knowledge we will develop alternative approaches to improve PCN control in potato. This should result in a sustainable improvement of yield stability in Dutch potato cultivation. 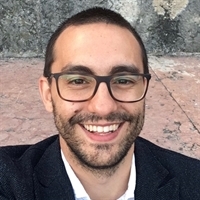