This is the conclusion of scientists at Wageningen University, part of Wageningen UR, who have joined forces with government and industry to investigate whether the rearing of insects could contribute to more sustainable protein production. Insect meat could therefore form an alternative to more conventional types of meat.

Cattle farming worldwide is a major producer of greenhouse gases. For the assessment of the sustainability of insect meat, the researchers at Wageningen University quantified the production of greenhouse gases of several edible insect species. The results of the study were published in the renowned online journal PLoS ONE on 29 December.

The research team has for the first time quantified the greenhouse gases produced per kilogram of insect product. The gases concerned were methane (CH4) and nitrous oxide (N2O). The results demonstrate that insects produce much smaller quantities of greenhouse gases than conventional livestock such as cattle and pigs. For example, a pig produces between ten and a hundred times as much greenhouse gases per kilogram compared with mealworms. Emissions of ammonia (which causes the acidification and eutrophication of groundwater) also appear to be significantly lower. A pig produces between eight and twelve times as much ammonia per kilogram of growth compared to crickets, and up to fifty times more than locusts. An additional advantage of insects over mammals is that they convert their food into meat quicker.

The study indicates that proteins originating from insects in principle form an environmentally-friendly alternative to proteins from meat originating from conventional livestock. Further research is required to ascertain whether the production of a kilogram of insect protein is also more environmentally friendly than conventional animal protein when the entire production chain is taken into account. 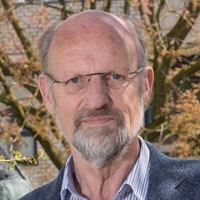